Congratulations Naia Rico, who received the winning contest announcement for Chíc Eco’s Best Eco-Creative Men’s Fashion Designer Poll while in India doing what she said she does best, ‒ designing and prototyping garments with intentions to make heads turn and to improve buying behaviors towards organic fair trade next summer.

Since a rather recent company founding in Paris 2006, Naia designs exclusively for Article 23 to demonstrate respect regarding environmental issues and human rights. Each collection grows in style and elegance with new organic fabric weaving techniques.

Naia actually designs prêt-à-porter collections for both genders. The company is named after Article 23 of the Universal Declaration of Human Rights. That’s the one that reads: “Everyone who works has the right to just and favourable remuneration ensuring for himself and his family an existence worthy of human dignity.”

Born in Denmark to a Portuguese father and a Danish mother, Naia traveled at an early age to study at the London College of Fashion and Central St. Martins School. She worked with design instructors she admired to enter passage into the world of haute couture. Various fashion design techniques were taught, ‒ from the art of corseting and lace to handling noble and luxury fabrics.

Once Naia learned about the contest through social media, she rallied friends from her former residences and travels in Portugal, Denmark, London, and Paris. It didn’t hurt that her work schedule became five months abroad that brought forth more nominations. 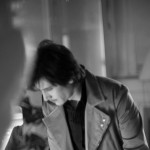 With infinite care and finesse, Naia creates her own supremely unique artistic universe. She cleverly plays upon the duality between retro and contemporary, using geometric shapes, culminating in a winning style of timeless designs. Although she is classically inspired, her designs are both structured and fluid, marrying the modern and the eternal.

A truly committed designer, Naia’s expertise in organic and ethical fashion strengthens with each visit to the workshops. There she trains each seamstress and proceeds with her search for new organic fabrics.

The Spring-Summer 2009 women’s collection takes you on a voyage through the life and the roles played by the mythical and mysterious Rita Hayworth. The men’s collection is inspired by legendary Gene Kelly, Rita’s partners in the famous musical, The Queen of Broadway. It’s a relaxed and stylish look, full of Gene Kelly’s mischievous cool with self confidence.

Armed Angels Says it All

A Green-pro Designer for Custom Couture

I am Delia, d/b/a Chic Eco on www.ChicEco.com, and established myself as an eco fashion guru by learning "who makes what in the world of environmental fashion and design."

Enjoy reading some of my freelance writing about environmental design, fashion and art -- from both consumer and supplier perspectives. You may notice I focus most on individual eco designers, movers and shakers.

From sustainable fashion apparel to paint and flooring, discoveries are a rush. I get my kicks this way. I also offer sales representation of earth-friendly designed products for wholesale buyers. Retailers may take advantage of my services with factory-direct pricing. Spend less time sourcing and prevent green-washed purchases!

My other forte is connecting suppliers with business-to-business tools. Aspects of my business vary with consulting services while I'm proud to be the aide that embraces unique and innovative gigs.

I'm originally a Kentucky Blue Grass gal who relocated to Maui early 2006 and the tropical Puna District of Big Island, Hawaii late 2007. Walk the talk is my motto here.

Early 2009 I constructed a yurt home office in a semi-urban setting on a tiny lot. My water comes from the sky, contained in a catchment that's not likely to dry in this rain forest. The electric is designed for solar conversion. I grow about 30% of my food organically, compost, and recycle to the hilt. Permaculture with a full eco system is my gardening style.

In fact, gardening is my ultimate joy. I seek gigs like design, weeding and planting between other jobs. My love is Hawai'i which has more climate zones than any state. There are frequent earthquakes here, typically under a 3.0 magnitude, and I happen to dig the vibrations. It's a wonderful simple life in paradise. As I grow older and wiser, I become more and more grateful.