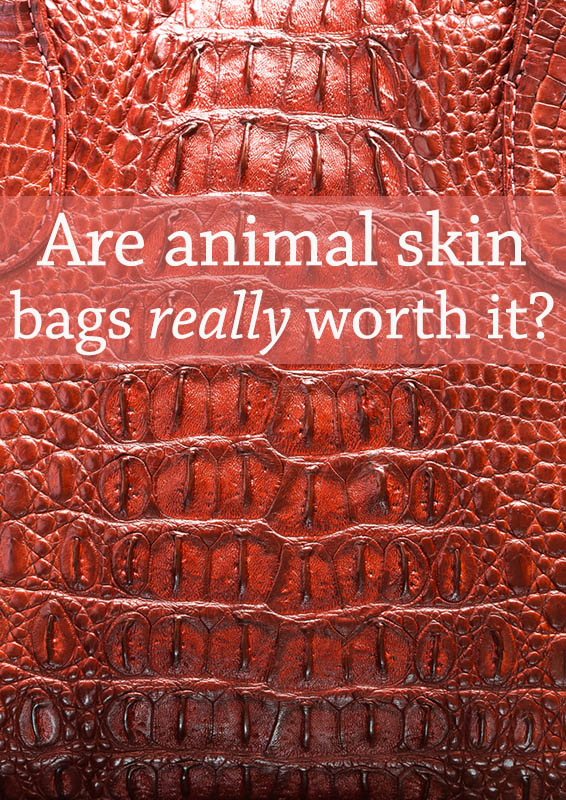 The Birkin bag is quite possibly the most well-known bag in the world. But last week, British singer Jane Birkin, the bag’s namesake, asked Hermes to dissociate her name from the crocodile versions of the bag after the results of a PETA investigation revealed the cruel slaughtering of reptiles used to make them.

For its part, Hermes claimed the crocodiles in question were never used for its Birkin bags, but rather for watch straps and other handbags it carries. Either way, they respected Birkin’s request and said they were looking into it.

Even though crocodiles aren’t cute and cuddly like angora bunnies or other furry animals, the PETA investigation revealed some pretty deplorable practices that no creature should have to endure.

What’s important to keep in mind is that there are good-quality (not to mention cheaper!) alternatives to animal skin bags, like faux leather, materials made from recycled plastics, or organic varieties! And pretty soon, animal skin may be a thing of the past.

But Birkin’s statement brings a lot of attention to the treatment of animals used in luxury fashion. After all, the bag is one of Hermes’ most well known, especially for its high price point ($10,000+) and long waiting list (it can take more than one year to get one!).

Birkin allegedly maintains a good working relationship with Hermes; she gets a royalty from them (which she donates to charity!) to use her name, so it’s not a formal contractual agreement in regards to her namesake bag.

But the controversy forces people to be more conscious of decisions they make; one article estimated that even though the long-term impact may be minor, PETA’s revelation may compel some celebrities to dissociate from the crocodile bags since they don’t want their names associated with animal cruelty.

To top it all off, PETA responded by purchasing a share in Hermes to “put pressure on the company.” Your move, Hermes!

[Photo of crocodile skin from Shutterstock]