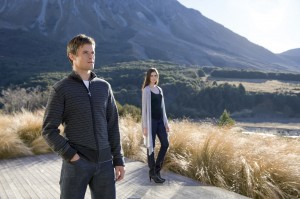 The Untouched World™ brand is developed by Snowy Peak Ltd. in New Zealand. The private company wholly owned by the Drysdale family holds a succession of awards (founded 1981) for innovation, quality and design.

Snowy Peak founder and CEO Peri Drysdale grew up on her family farm where generations of fine wool was managed for more than 150 years. Daughter Emily worked in Europe as a freelance sportswear designer for leading international sportswear brands before joining the family business. She collaborated with world leaders in design, including Yohji Yamamoto’s former head designer Yu Homma, and Cameron Silver, listed in ‘Time’ magazine as one of the world’s 25 most influential people in fashion. 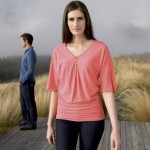 Emily Drysdale officially joined the company in 2000. She had earned a Bachelor of Design (Fashion) from Wellington, New Zealand and a Master of Arts in Performance Sportswear Design from Derby University in the United Kingdom. She received a New Zealand Young Designer of the Year award (1995) and the prestigious New Zealand Future Design Supreme Award (1998). Emily’s winning design was purchased by Te Papa, Museum of New Zealand for their permanent collection. Recently added to Emily’s repertoire of awards was as first runner-up of Chic Eco’s Best Creative Men’s Fashion Designer poll.

Emily says she loves working alongside her Mum. She expresses how exciting it is to have the freedom as a designer to really make a difference. She explains it’s a challenging path to design sustainable luxury fashion because lots of research and discovery is required. Yet she loves the journey.

“I just love my Untouched World sweater, I wear it to the set of Desperate Housewives every day!” ‒ Felicity Huffman, Actress.

“I love Untouched World not only because they are an ethical company, but because the clothing fits so well, and is made with the most beautiful fabrics.” ‒ Adine Wilson, recent captain of the Silver Ferns national netball team.

Armed Angels Says it All

I am Delia, d/b/a Chic Eco on www.ChicEco.com, and established myself as an eco fashion guru by learning "who makes what in the world of environmental fashion and design."

Enjoy reading some of my freelance writing about environmental design, fashion and art -- from both consumer and supplier perspectives. You may notice I focus most on individual eco designers, movers and shakers.

From sustainable fashion apparel to paint and flooring, discoveries are a rush. I get my kicks this way. I also offer sales representation of earth-friendly designed products for wholesale buyers. Retailers may take advantage of my services with factory-direct pricing. Spend less time sourcing and prevent green-washed purchases!

My other forte is connecting suppliers with business-to-business tools. Aspects of my business vary with consulting services while I'm proud to be the aide that embraces unique and innovative gigs.

I'm originally a Kentucky Blue Grass gal who relocated to Maui early 2006 and the tropical Puna District of Big Island, Hawaii late 2007. Walk the talk is my motto here.

Early 2009 I constructed a yurt home office in a semi-urban setting on a tiny lot. My water comes from the sky, contained in a catchment that's not likely to dry in this rain forest. The electric is designed for solar conversion. I grow about 30% of my food organically, compost, and recycle to the hilt. Permaculture with a full eco system is my gardening style.

In fact, gardening is my ultimate joy. I seek gigs like design, weeding and planting between other jobs. My love is Hawai'i which has more climate zones than any state. There are frequent earthquakes here, typically under a 3.0 magnitude, and I happen to dig the vibrations. It's a wonderful simple life in paradise. As I grow older and wiser, I become more and more grateful.