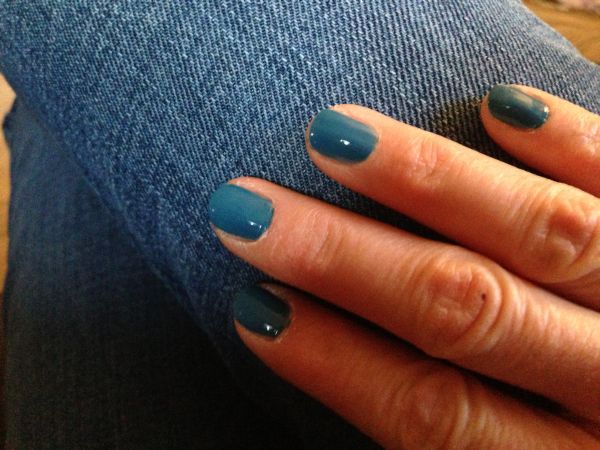 Last year we saw 3D, sparkle, and metallics on nails.  Now that we are edging toward spring, fresher hues are hitting the scene.

My daughter received a very blue polish for her birthday and she noticed that Taylor Swift is rocking a similar hue on her latest CD cover.  Now, a 10 year old is more than capable of pulling off blue nails, but what about us big girls?

Well, I thought I’d give it a go (pic at top).  What do you think?  Would you wear a less-than-traditional polish?

More From: Make Up