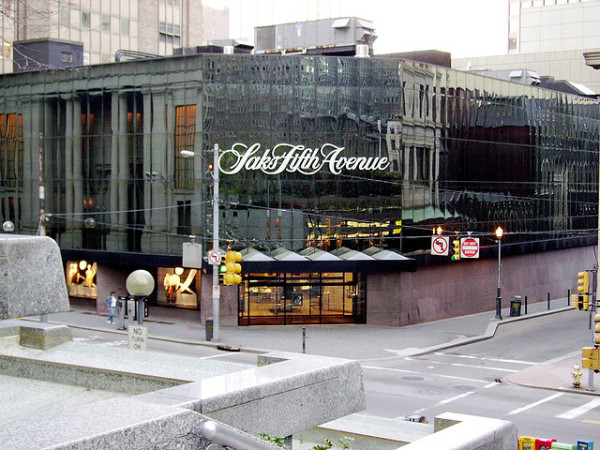 Stephanie Wilson bought a new pair of rain boots at Saks 5th Avenue, but instead of just a receipt in her brown bag she found a plea for help. The letter from Tohnain Emmanuel Njong was was dated June 2012 and described the horrible working conditions where her shopping bag was produced. 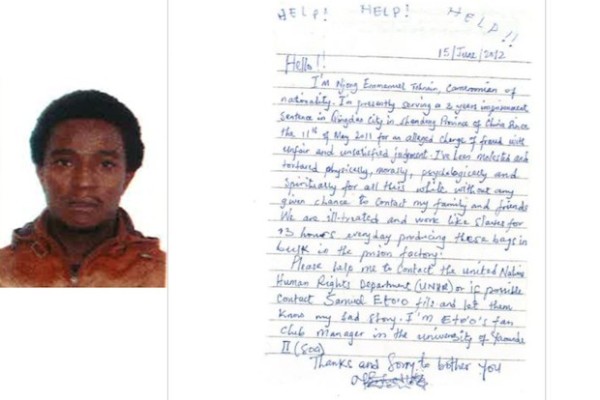 Njong was teaching English in China when he was arrested on what he says were false charges of fraud. He and his fellow prisoners worked 13 hour days making shopping bags for companies like Saks 5th Avenue. They also worked sewing clothing and assembling electronics in the Chinese prison factory. He was released in December of last year, a few months before Wilson discovered his letter in her shopping bag.

DNAinfo New York did an in-depth investigation into the Saks 5th Avenue letter, and the full story is chilling. It’s the story of companies here in the U.S. that just can’t monitor their whole supply chains. Of companies who sometimes willfully ignore slave labor. And of a system that can’t enforce the weak laws against these practices.

The Saks 5th Avenue incident is especially eye-opening because there’s a perception here in the U.S. that these high-end companies treat workers better and use better materials.

You’d expect that when you’re paying premium prices for designer goods that some of that extra money makes its way down the supply chain to laborers, but that’s generally not the case. Forced labor and sweatshop labor among designer brands is just as common as with fast fashion brands.

In fact, I’d say that some of the fast fashion companies do a better job at sourcing sustainable materials, because they face closer scrutiny. H&M, for example, is the biggest buyer of organic cotton in the world. Unfortunately, it seems like designer brands and fast fashion brands alike fall short when it comes to labor practices. H&M and Forever 21 have also come under fire for using sweatshop labor.

It almost feels like you can’t win, but we do have power as consumers.

Beyond the Saks Letter: Avoiding Slave and Sweatshop Labor

So what can we do as consumers to make sure that slaves didn’t make our clothing?

I’d love to hear from you guys, too! How do you avoid sweatshop and slave labor in the clothing that you buy?