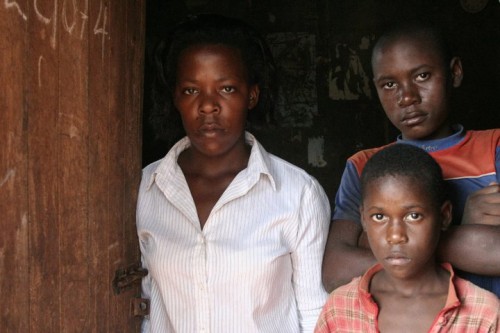 How many slaves work for you?

This is the unsettling question that the new online tool and mobile app “Slavery Footprint” is asking of users across the globe. An initiative from the anti-slavery Call + Response campaign, the site is an attempt to bring awareness to forced labor around the world, and the extent to which the average consumer is unknowingly complicit in it.

The website begins by bringing the users attention to the fact that purchases like smart phones, t-shirts and a cup of coffee, among others, can actually be the product of forced slavery in the third world.

“The fact of the matter is, these reputable brands that we know and love, they just don’t know where all the materials come from,” the site’s front page reads. “What about the cotton in that t-shirt? The tantalum in that smart phone? The beans in that cup of joe? That’s where you find the slaves. In the fields. In the mines. In the raw materials processing.”

Users continuing through the site or app answer 11 lifestyle questions about the products they use, and what gadgets and jewelry they own. Afterward, they discover what their “slavery footprint” is.

In an interview with CNN’s Freedom Project, Call + Response Leader Justin Dylan said that the technology around the Slavery Footprint enabled the creators to use vetted data to determine the slavery in different types of products that are used on a daily basis. The application does not go after any certain brand, but instead focuses on products that are commonly used.
According to CCN Money, some results included that 9 people or “slaves” were used to mine rubies in jewelry; 3.1 individuals were used to make bikes; 1.9 to make diapers; .9 to make cotton T-shirts, and 3.2 to make a smartphone.
Dylan said he hopes the app will help users to begin a conversation with companies about their practices.
Visit Slavery Footprint to find out your score.