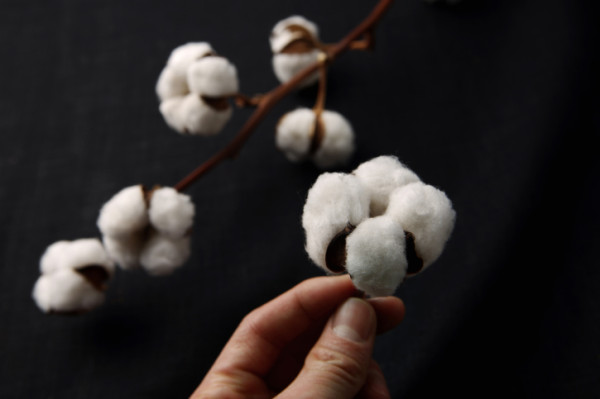 Are you willing to pay more for organic cotton? A recent Washington State (WSU) study tried to answer that question!

The problem with a lot of studies that try to look at what folks will pay for things is that we will say that we’d pay more for certain things – say, organic or Fair Trade clothing – but when faced with actually swiping that check card, we won’t pay as much as we said we would. The WSU researchers used an interesting “auction method” to make the study closer to real-life transactions. Participants were willing to pay an average of 25 percent more for organic cotton clothing, but they were less likely to do so if they were buying their own clothing.

There’s no getting around it: organic cotton clothing usually costs more than conventional (though not always!), so why pony up the extra cash? And are most consumers willing to spend more for an organic t-shirt versus a conventional one?

The study – which used a sample of students from two large college classes – found that people were willing to pay more if they thought of organic cotton as being higher quality.  But what does “higher quality” really mean? The study doesn’t really explain that part.

Is there a perception out there that organic clothing is better made? Or by “higher quality,” do they mean choosing a product that doesn’t poison our water with pesticides, devastate farmers, or support big biotechnology companies with a penchant for bullying small farmers.  I think that’s an important distinction, and the study doesn’t distinguish.

Like Joan Ellis, one of the WSU researchers who worked on this study said:

Unfortunately, that’s true. It doesn’t matter how beneficial organic cotton is for the environment or for farmers if they can’t sell the finished product.

If you’re a regular reader here, you probably know the reasons to buy organic: it’s better for the planet, it’s better for workers, and by extension that makes it better for everyone. But when it comes down to the checkout lane, are you willing to pay more? I’d love to hear your thoughts in the comments!