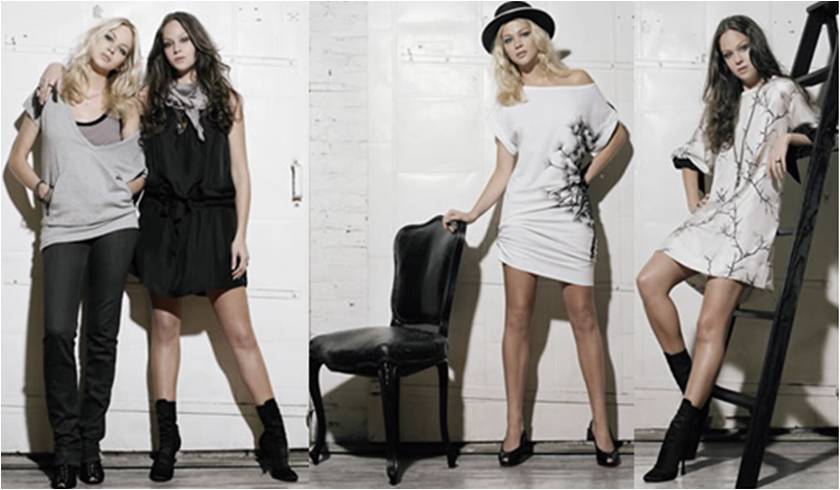 Ali Hewson claims “Edun is not a charity. It ‘s a project for social development aimed at Africa,” the company teaches suppliers how to grow raw materials and shows workers how to use the cloth weaving machines. ~ Earthtimes and UPI

Hewson then said, “I have four children and when I dress them I want to be sure that their clothes are not the result of other children being exploited…”

She explains why she and Bono set up the company, managed and based in Dublin, that calls for free and fair trade with developing nations, for the end of sweatshops and primarily the abolition child labor.

The ONE Campaign and EDUN have come together to launch the ONE.org T-shirt by EDUN. Tens of thousands of t-shirts sold, delivering the message to millions of people worldwide that, “together, we can help fight global disease and extreme poverty and bring fair trade and AIDS treatment to Lesotho, Africa.”

The campaign, produced and partially underwritten by Elle magazine, was again shot by photographer and supermodel Helena Christensen, a host of Hollywood stars and musicians photographed, all of whom have come together to support EDUN and ONE: The Campaign to Make Poverty History. ~www.edunonline.com/one.mov 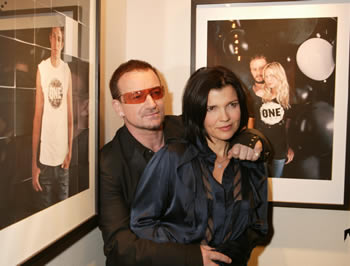 Founded on the premise of trade, not aid as a means of building sustainable communities. The company works on a micro-level to help build the skill sets of factories where the clothes are produced.

In addition, EDUN acts as a voice encouraging the fashion community to do business in Africa and thereby help bring the continent out of extreme poverty. In 1980, Africa had 6% share of the world trade. By 2002, this had dropped to just 2% despite Africa having 12% of the world’s population. If Africa could regain just an additional 1% share of global trade, it would earn $70 billion more in exports each year. This is several times more than what the region currently receives in international assistance…

Above are the current season’s styles from ~edunonline

Lucy Chi loves good green design, ethical fashion, environmental art and education, renewables, holistic healing and more. She has been dedicating her energies toward finding and drawing attention to all the ways in which products, companies, and industries are moving toward creating a more sustainable world on the global scale, as well as the way individuals are moving toward living sustainably, and healing at the personal level.