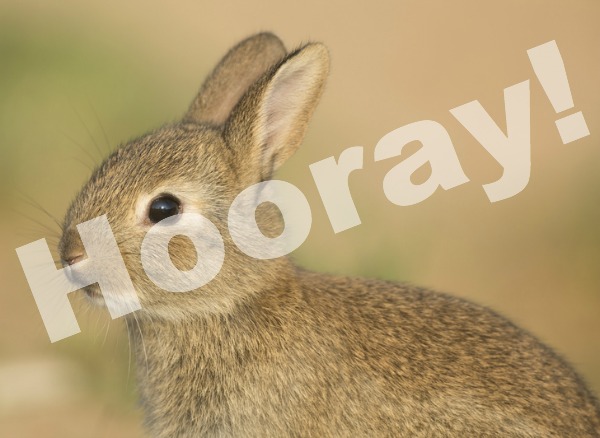 In the UK, the answer could soon be yes! Researchers are developing lab grown skin suitable for cosmetics and pharmaceutical testing. Bunnies everywhere, rejoice!

The EU banned animal testing for cosmetics back in March, but lab grown skin can also be useful for testing pharmaceuticals. Researchers at King’s College in London are working on the project, and it sounds like this lab grown skin could be an answer for researchers everywhere, not just in the UK.

Lead researcher Dr. Dusko Ilic told the BBC that this lab grown skin is a “suitable model” for testing drugs and cosmetics. He also said that it’s “cheap, it is easy to scale up and it is reproducible.” That means that researchers outside of the UK could begin growing skin in a lab rather than keeping animals for testing.

The skin is derived from stem cells and it’s actually a better, cheaper option than using lab animals for research. You can read the journal paper here.

Let’s be honest, you guys: researchers aren’t going to adopt a new practice just because it’s good for bunnies. Bunnies might be reason enough for you and me, but not everyone cares about animal rights.

What makes this lab grown skin very exciting is that it’s actually less expensive to grow than it is to keep lab animals. It’s also easier to control variables, which means more accurate test results in the lab. Animal testing actually doesn’t give as much useful information as researchers would like.