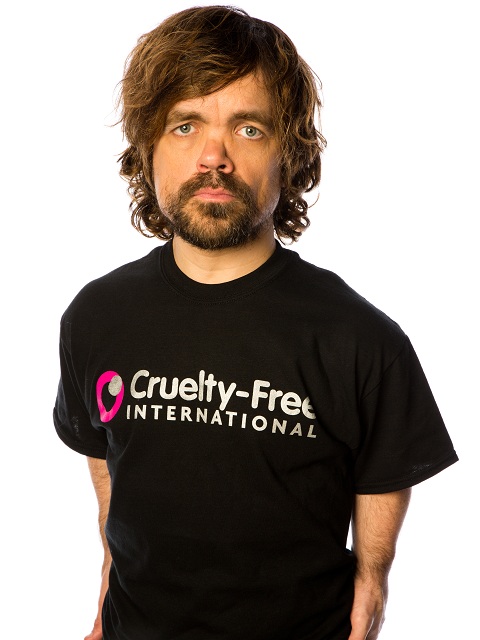 Vegan beauty isn’t just for hippies like me, you guys! Peter Dinklage from Game of Thrones is proving that it’s totally cool to go cruelty free.

I am so pleased to support Cruelty Free International and be part of the global campaign to end cosmetics tests on animals. It is unacceptable that animals continue to suffer around the world, including the United States of America, for the sake of beauty. I appeal to the USA to follow the European Union’s lead and end animal testing for cosmetics.

Dinklage joins other celebs like Ricky Gervais and Norman Reedus as Cruelty Free International supporters. You can learn more about how to join them in their stand for animals here.

Animal testing on cosmetics doesn’t just harm dogs, cats, monkeys, mice, and rabbits. It’s also not necessary to prove that cosmetics are safe. In fact, torturing a bunny doesn’t tell us that much about how our cosmetics are going to impact human health.

The questions shouldn’t be, “Why ban animal testing?” We should be asking why cosmetics companies still use this expensive and cruel practice when it’s not even necessary.

It might seem silly to get jazzed when superstars like Peter Dinklage stand for animals, but I think this sort of advocacy is important.

There’s still a widespread perception that animal rights activists and animal lovers are crunchy hippies that only wear natural deodorant and wash our hair once or twice a week (guilty!). But you don’t have to be a hippie vegan type to have compassion for animals.

For me, campaigns like this one from Cruelty Free International are about spreading kindness. And it’s great to see stars like Peter Dinklage who want to make kindness cool again.