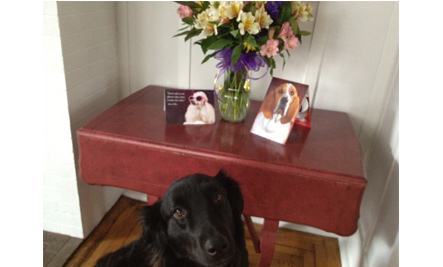 I was the youngest in my family – by 8 years – and thusly spent most of my life trying to catch up. I never loved being the baby all the time, yet always found myself attracted to older people and perpetuating my role as the baby. But this week, the delusion that I was still the baby was finally crushed beneath that mother of all birthdays (at least in my current limited perspective) – 50.

I hadn’t really paid much attention to this as a big deal, but EVERYONE around me keeps saying, “oh, no – 50 is a BIG deal.” Oh. Ok. So, I should take this thing seriously?

Growing up hasn’t been my strongest attribute, but perhaps here at the half-century mark, I will consider it more carefully . . . nah . . . that hurts my wee brain. In fact, the phrase ‘half-century’ makes me want to dig in my heels and consider how awesome being a kid at 50 might be.

50 tried to kick my butt with a big dose of phlegm and bronchitis – my big event on my actual 50th birthday was to get carted off to the doctor by my oldest daughter. My potential future as an old woman flashed before my eyes as I sat in her passenger seat and felt like a pain in her @ss. This just boosted my resolve to be healthy, stay healthy and kick some middle-aged booty, because no doubt the next 50 years will bring this scene in sincerity all too quickly – must enjoy the time between as much as possible!

I’m not big on birthdays and gifts and all that hooha (at least for myself), but the universe gave me one of the most awesome unexpected gifts I could imagine – our new furry girl, Gracie Mae. We have always had dogs and at one point in the last 10 years, we had 3 big ones – 2 newfies and 1 very large golden (over 300 pounds of serious woof love). The last one passed 2 years ago and we have been looking to rescue another furry family member for over a year. It isn’t easy to find a large breed puppy, but my husband and I felt strongly that because of our awesome grand babies, it was important to get a young dog that could socialize with the wee g-babes and they could all grow up together. We really never considered getting an adult dog, so as the months passed, we tried to trust that we would find our new baby, and we would know her/him when we found her/him. We fell in love a million times via internet, met a few dogs (not pups) that just weren’t right and almost gave up.

But, about 10 days before I crossed the invisible boundary into the second half of my life, we stumbled (literally) into our Grace. We had seen some pics online of some newfie mix pups and were running around trying to find them and the kind folks at Eleventh Hour Rescue said we had to go to their adoption center and sign up to be first on the list when the pups came up from wherever they were coming from. So, slightly discouraged from yet another future, maybe, hopeful excursion, we showed up to sign up in person (rather than online) for these puppies, but before we got to the desk, there was Gracie Mae (whose name was Mae) sitting with a volunteer. We stopped, stood, stared, gawked and I think we both cried before we spoke because we knew she was our girl. She came right over to us, kissed us both and offered her paw politely and we were smitten. There was no question, we barely uttered words, but we all knew what had happened and within minutes, there were papers and we were shopping for supplies for our new girl. She is 5 years old and not what we were looking for, but she was patient – unlike us – and we finally caught up. Wow! We all bonded as if we had been together for 5 years. Grace found us and her exuberant energy is exactly what this green diva needs. She is amazing. May I gush just a wee bit? Of all the dogs I’ve loved, she is probably the smartest. She embodies many of the various favorite attributes of our best dogs in one miraculous package behind those soulful, sweet brown eyes.

So, I trudge this Road of Happy Destiny* with my husband on one side, my best furry girl on the other and the rest of my awesome family all around us. What a party! If I had any thoughts of being bummed out about turning 50, they are gone. I have been salvaged – yet again – I have been recycled and repurposed. I have been rescued by Grace (Gracie Mae that is).