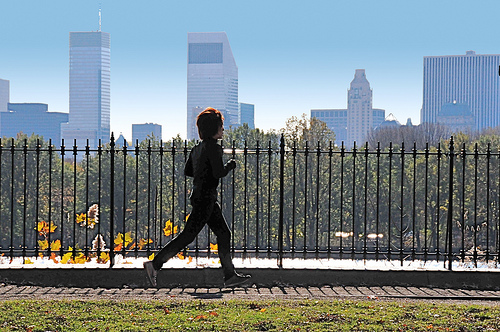 If you’re an avid runner, then there’s probably nothing better than jogging through the streets of a city as the sun rises. Early morning jogs are a great way to get the heart pumping, and this is a time when you can collect your thoughts for that busy day ahead. City running is one of the best ways to explore a new or a familiar city, so with this in mind here are three of my favourite cities to run in.

Cities can be vibrant, busy places that never sleep. The sights, sounds, and indeed smells, of a new city can be exhilarating, and what better way to explore than to go out for a jog before everyone else is up and about? If you happen to be around Capitol Hill in Washington DC at around 5.30am, for example, you’ll witness a plethora of high powered businessmen and politicians taking a jog to prepare for their day ahead. In fact, this is probably where a lot of big business decisions are made.

It’s not simply about clearing the mind. City jogging is also one of the quickest ways to explore a new city and is one of the best ways to overcome jet lag. As you are pounding the pavement or pathways you can familiarize yourself with landmarks which are a great way to get your bearings. So now that I have convinced you that there is nothing better than city running, I want to share with you three of my favourite cities to go for a jog.

Washington DC is a great place to go for a jog, so set your alarm, put on your running shoes and give it a go. There are many guide books telling you some of the best places to run, and you can also find out some good information on the internet. It is a clean city with expansive tree lined pathways that are reasonably flat so you can keep a good pace.

Suggested Route: The National Mall is around 2.5 kms in length and passes some of the most iconic buildings that Washington has to offer. It stretches between Independence and Constitution Avenues and is great if you have a penchant for architecture and history.

Ah! New York, New York! It truly is an awe-inspiring place, but forget trying to pound the streets. The real place to head is Central Park. Right in the centre of down town Manhattan, it covers an area of 843 acres and is an oasis of woodland and water. As you enter the park there are several marked running routes depending upon how far you’re looking to run. These are some of the best:

In November each year is the world famous New York City marathon. It originated in the park and used to be 4 laps of the perimeter, which is a testimony to how beautiful the park is to run in. It has since moved to the streets and now covers all five boroughs of NYC.

London hosts the London Marathon every April, and like NYC it has a series of parks to jog in. They are aptly named ‘royal parks’ and are a great way to see the city without all the hustle and bustle of city living.

Hyde Park is awash with greenery and horticulture and is a jogger’s paradise. The many stunning pathways give you plenty of views of some great landmarks. You can even see the changing of the guard at Buckingham Palace just to remind you that you are most definitely in London.

Richmond Park is around 2500 acres and is around three times the size of Central Park. It is home to the famous red and fallow deer, and is also a national nature reserve that houses many species of birds and wildlife. If you are feeling fit, then follow the 7.35 mile Tamsin Trail around the perimeter. Joggers here are allowed to go pretty much anywhere within the park, but watch out for the deer nestling in the ferns.

So there you have it, 3 great cities that you can run if you fancy doing some exploring. Even if you are familiar with a city, chances are it will open your eyes to new sights, sounds and smells that you haven’t seen before. If you haven’t experienced city jogging, then why not give it a go? You never know, very soon you may well be joining the plethora of half and full marathons in one of these great cities every year, and then you can say that you’re part of the exercising elite!

Author bio: Jacquie is a avid jogger who is always looking for something that is not only challenging but fresh and exciting. She also loves to write about running and invites you to visit her website where you can find informative articles and detailed, well researched product reviews on the jeep overland limited jogging stroller or thefuel belt helium. Running gives the ability to have a fit and healthy body for years to come.