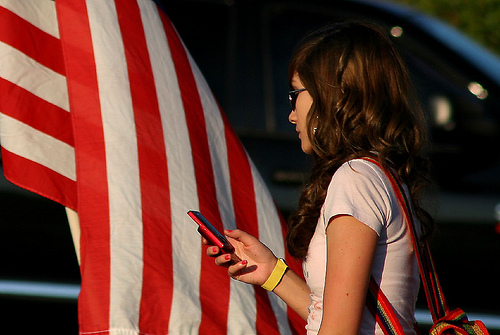 The Enough Project recently posted the above video, highlighting the truth that most cell phone companies are using “conflict minerals” to manufacture their products. Conflict minerals include tin, tantalum, tungsten or gold that have been taxed or controlled by rebel groups – minerals necessary for manufacturing many common electronics.

Enough Project co-founder John Prendergast calls the conflict in the Congo a war we are directly connected to, though most of us know nothing about it. In a recent blog post on conflict minerals he wrote that:

…armed groups are fighting over the lucrative minerals that power our cell phones and laptops, leaving a trail of human destruction that has no equal globally since World War II.

After interviewing survivors of the conflict, Prendergast said he found that the conflict is rooted in simple economics. “Profits made from this illicit minerals trade arise from market demand for such minerals,” he writes. “If consumers demand conflict-free products, then companies will eventually meet that demand, in turn cratering the market for minerals mined through violence.”

Prendergast suggested that consumers take action through sending messages to the companies that they purchase from to encourage them to become conflict free. The Enough Project has also compiled a list of the 21 largest electronic companies and rated what kind of progress they are making towards becoming conflict free.

The Enough Project has also created an online form for consumers to send a letter to their local Congressperson encouraging them to take action in regards to conflict minerals.