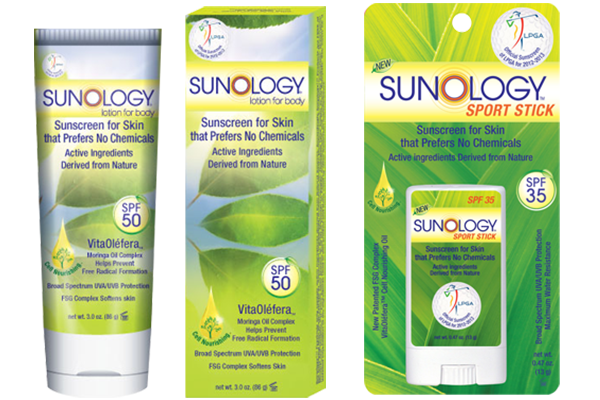 Sunology makes vegan mineral sunscreens, and they sent me samples to review for you!

I’ll be honest, you guys: I am terrible about wearing sunscreen. It’s not that I have any problems with the idea – protecting your skin from the sun’s damaging rays makes a lot of sense – it’s just that sunscreen has never been part of my routine. When the super awesome folks at Sunology offered to send me some of their sunscreens to review, I was excited to try them out and see what working sunscreen into my day would look like.

You don’t eat sunscreen, so how can any sunscreen not be vegan?

Veganism is about more than food – it’s about eschewing any form of animal products or animal cruelty. Sunology doesn’t test its products on animals, and it doesn’t contain any animal-derived ingredients. Beeswax is a common ingredient in sunscreens, but Sunology uses candelila wax, a natural vegan beeswax alternative, instead.

Liz did a great write-up recently about how chemical sunscreens damage not only your skin, but your health. Here are a few of the main take-aways:

I’m an avid walker and runner, and that’s when I get most of my sun exposure, so that’s how I tested out the Sunology sunscreens they sent me. They sent me a few different sorts:

I didn’t test out the kids sunblock, because the box said it was for children 6 months and up, and my baby is only 3 months old right now.

The Natural Sunscreen goes on just like sunscreens you’re used to, but the Sunology uses a concentrated formula. Since there’s no added water, a little goes a long way. They say to apply it 15 minutes before sun exposure, so before I got me and my dog ready for our runs, I put it on. It rubbed in easily, and while it did feel a little greasy at first, once it absorbed I couldn’t even tell it was there. It held up nicely to a sweaty 3-mile run.

I liked the Natural Sunscreen OK, but the Sunblock Stick was really great! It looks just like a miniature deodorant stick and is a lot less messy to apply. The stick is small enough to stash in my purse, which is great since I always forget about sunscreen when I’m getting ready to head out. I tried the stick on a long walk, and it held up well!

You can check out Sunology’s complete line on their website!