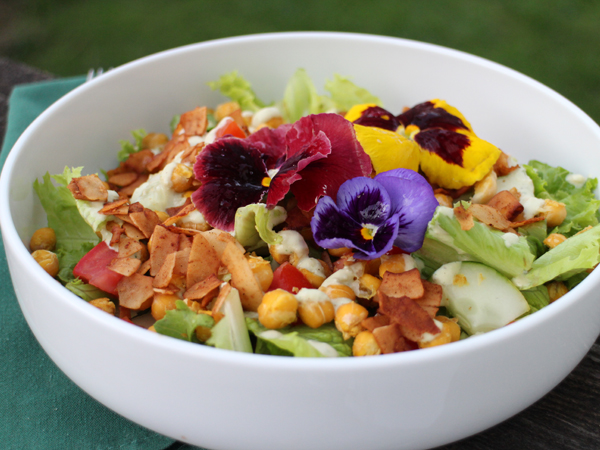 It’s that time of year again when bloggers from all over the world put fingers to keyboard to write as much as they can about vegan food. It’s called Vegan MoFo, which stands for Vegan Month of Food. It was started years ago by the Post Punk Kitchen as the vegan blogger equivalent of NaNoWriMo (National Novel Writing Month).

Basically, bloggers are challenged to write as many days of the month as they can about all things vegan with the goal of posting at least 20 times. Topics can include recipes, cookbook & restaurant reviews, thoughts about eating vegan while traveling, you name it. As long as it’s about vegan fare, it is fair game.

You can check out the list of blogs that are participating on the Vegan MoFo website, but here are some posts to get you started:

+ Check out The Vegan Word, where you can learn about one of the easiest places in the world to eat vegan – Taipei.

+ Discover how to make perfect pasta every time with these five tips from Glue & Glitter.

+ Indulge in Turkish Coffee Ice Cream using cashews with a recipe from My Darling Vegan.

+ Relish the simple pleasure of Avocado Toast with A. Cook in the Making.

Are you following along with Vegan MoFo?  If so, share one of your favorite posts!