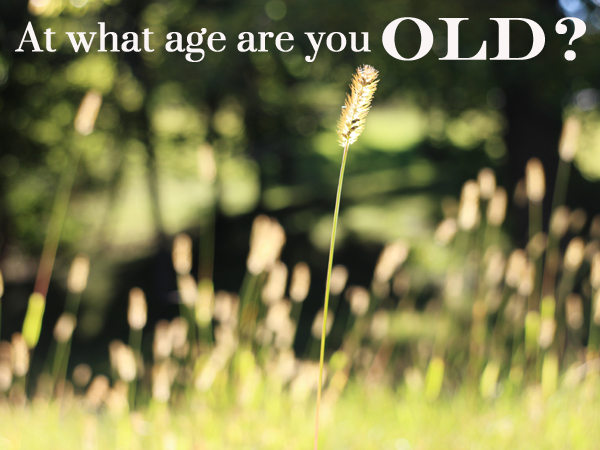 The first time in my life I remember being aware of aging, I was just three or four years old. I was with my favorite aunt, and I adored her. I’d do anything in the world for her. On this day she pulled me onto her lap and asked me, “Just stay this size forever.” In that moment, I felt conflicted. On the one hand, I wanted to please her, and I liked being lap-sized. On the other hand, I knew the futility in it. I was going to get older. I was going to get taller. I was going to grow up. Even though I felt a little guilt for it in the moment, I wanted those things. I wanted to mature and try new things and go new places and experience life.

The second time in my life I remember being aware of aging, I was at my ten-year high school reunion. After shrugging off the less than inspired styles and haircuts of the early nineties, people looked considerably sleeker and put together. While I was looking into the faces of those former classmates and trying to remember which person sat behind me in geometry and which person was in show choir with me, a guy who I knew from kindergarten through high school said something that surprised me.

We were 28. That to me didn’t feel old at all. In fact, I was at a point where I felt more in control of my life than ever. The year before I’d made a renewed effort at working out and eating more fruits and vegetables. I had loads of energy. I was feeling at the top of my game. Old was not a top descriptor as far as I was concerned.

Since that night, I’ve heard people much younger than me call themselves “old.” And it’s never in a good way. It never means to say, “Oh, I’m feeling wizened, mature, experienced, and secure.” It generally is meant to say, “I am tired, haggard, and not what I once was.”

As for the last one – well, yes, I’m not as I once was. But just as my three-year-old self would have felt a 20-year-old was old, that doesn’t make it so. And just because I’m not 18 anymore doesn’t make me old either. To the college students I pass on the sidewalk, if they think about me a moment, maybe to them I’m old. But to the folks I see coming out of the senior center, probably not so much. Old is relative.

If I had decided I was old at 28, that would mean that if I live to be 90, I’d spend 62 years being old. That’s an awfully long time to be old and an awfully small percentage of time to be young. And is that it? Is it just a step, an invisible line that we cross over? I’m young. I’m not so young. And now I’m old?

With every age, with every year, with every moment we have the power to decide who we are and what we represent. Maybe someday I will get old, but I’m going to put that off for a while. There’s too much life to savor instead.