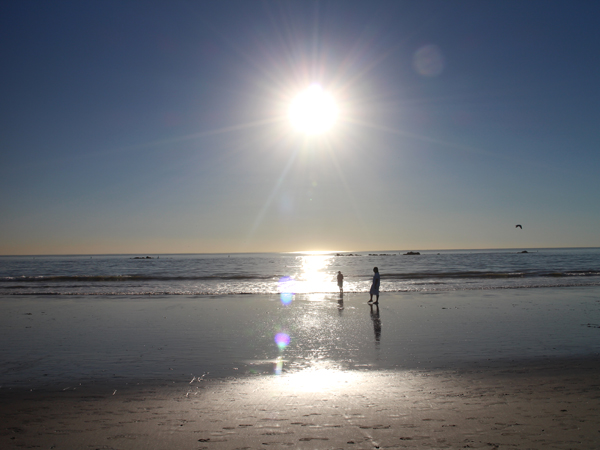 Even if you wear a floppy hat all summer, avoid tanning beds, and protect yourself from the sun religiously, tell-tale brown spots can appear on anyone.  When should you worry if that new pigment change is a warning of something more and see a dermatologist?

Although I’m a freckly person by nature, my skin is relatively mole-free.  So it took me by surprise a few months ago when what appeared to be a new mole arrived on the scene.  As the weeks passed and I watched it get bigger, my concern and Google searches grew along with it.

Every site warned about abnormalities and said to look for the ABCDE’s of melanoma.

A for Asymmetry:  Are both halves of the mole alike, or are there differences between one side and the other?

B for Border:  Is the border of the mole clean and clear or raggedy and irregular?

C for Color:  Is the mole one even color all the way across or are there variations?

D for Diameter:  Is the mole bigger than a pencil eraser?

E for Elevation:  Is the mole raised or flat against the skin?

The sites warned that moles that appear after age 20 and/or change appearance by growing, becoming raised, becoming itchy or painful should be checked by a doctor.

Instead of typing in online searches, I wondered if I should be using my digits to dial the dermatologist.  I’m in my thirties and past that age 20 threshold.  So when I noticed that my mole had gone beyond the allotted pencil eraser size and began to itch, I knew it was time to set up a dermatologist appointment. 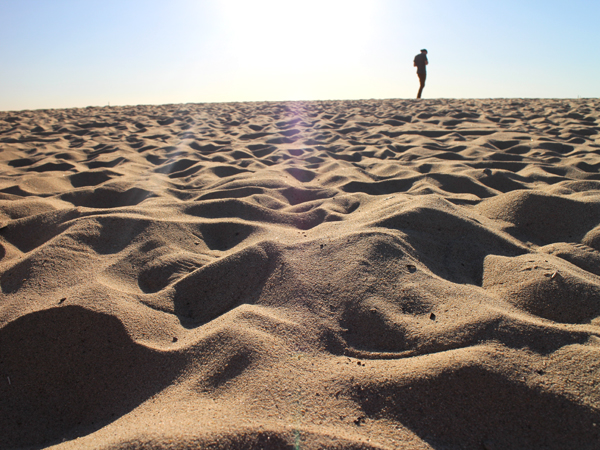 I’d only seen a dermatologist one other time, and so I was a little worried about what a visit would entail.  I surveyed my mole-prone friend for the lowdown, and she told me that when she’d had suspicious moles removed, they numbed the area, sliced off the mole, and sent it away for testing.  She said it was a painless procedure.  Within a few days to a week, she’d gotten the results back, which had always come back clear.

Since my friend had treaded the terrain before and survived, I tried not to get myself too freaked out about it.  But on the morning of the exam, I was more than ready to get the experience behind me.

In the office, I filled out paperwork about my medical history and skin care regimen.

Did I wear sun block?

Was my skin dry or itchy?

Does skin cancer run in my family?

Then I was moved to the private exam room, where I was told to wear a breezy cotton poncho and sheet.

The doctor looked over my skin for any abnormalities, and I showed her the mole in question, explaining that it had become itchy and uncomfortable.

I’d never heard of Seborrheic Keratoses, but apparently it’s a common skin growth that makes an appearance in the 30’s or later.  While they can be in a range from white to black, they are usually tan in color with a rough appearance. They’re described as having a waxy “painted on” look.  Attractive, huh?

My doctor told me that she calls them “wisdom spots.”  She assured me that although doctors don’t know why they occur, Seborrheic Keratoses doesn’t lead to cancer and is just a cosmetic issue.  Unless they are problematic because of itchiness, discomfort, or being in an area where there is chafing like an underwear line or bra strap, they don’t need to be removed.

However, since mine was becoming itchy and uncomfortable, she removed it by applying liquid nitrogen to the growth by using a spray gun.  It then falls off after a few days, allowing the skin underneath it to heal.

The next time something suspicious shows up on my skin I won’t sit with worry.  I’ll head to the dermatologist and either have my mind put at ease or get the issue handled.  If there’s one thing this growth has given me… I’m now a little wiser.