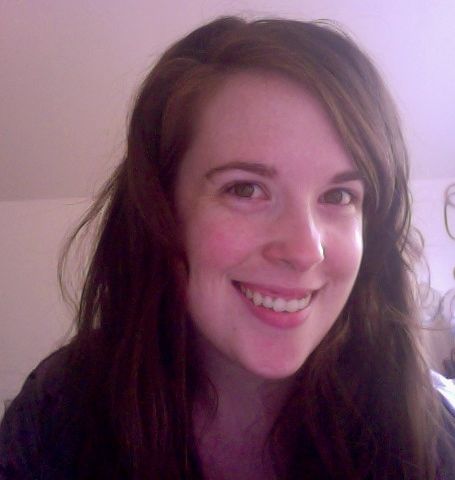 Last week I wrote about a project that is underway called The Naked Face Project. Two women decided to forgo makeup, hair products/styling, and any primping for sixty days. I challenged myself to go a week without any of the aforementioned as well.

Makeup has always been something that I’ve loved. As soon as I could, I was wearing mascara and blush and different eyeshadows. My friends and I would have slumber parties where we would do each other’s makeup and hair and take our “head shots.” This love for makeup eventually led me to wanting to become a makeup artist. I went to school in Los Angeles and loved it. Makeup had always been an art form to me; a different canvas and different paints but art just the same. I never felt as though I looked at makeup as something that I needed to feel confident or something that helped to define me.

Fast forward many years later to last Wednesday morning when I got up for work and didn’t put any makeup on. I felt naked. I felt exposed. Vulnerable even! I was shocked at how difficult it was for me to just put on sunscreen, brush my teeth, and walk away. My makeup routine in the morning was nothing extreme: I would put on some concealer, blush, and mascara. That’s it. Yet, for some reason, without those three little products I felt slightly less complete. All of a sudden I could see imperfections (to me) that I probably would have never noticed before. The no hair styling aspect of this challenge was not really an issue as I have to wear my hair up and in a scarf for work everyday-always zero styling involved, especially at 4 am! While I was at work I tried to forget about the fact that I wasn’t wearing any makeup, but it honestly distracted me. I was taken aback by my own internal reaction to something that I assumed was going to be a walk in the park.

The next day I felt slightly better, but that may have had to do with the fact that I hit the snooze once since I didn’t have to put anything on! It was still on my mind, though, and I realized that I was very self conscious without any makeup on. Almost as though someone would notice and say something or they would ask me if something was wrong or if I was tired. To my surprise, this never happened. I began to realize that the only person that had a clue I wasn’t wearing makeup was me. The second day also brought an interesting twist of sorts to the challenge. I was having a friend over, of the male variety, that I’m interested in. The idea of not putting my best face forward, so to speak, had me a little anxious. Again, to my surprise, he didn’t notice or act differently towards me. It just didn’t matter.

After that second day I began to feel exponentially more comfortable in my exposed skin. It started to feel very freeing. It almost felt like an announcement to the world of “Here I am, take it or leave it. Flaws and all!” With each passing day I looked in the mirror less, thought about it less, and eventually I didn’t think about it at all. I still have a love for makeup and I’ll continue to wear it to some extent- I doubt that will ever change! The Naked Face Challenge helped me honestly realize that my made up face doesn’t define my beauty and it doesn’t define or alter what I have to offer. The challenge also made me realize that I care more about what others think of me and my appearance than I thought. I had always thought of myself as a body and face confident woman; it didn’t matter if I covered up that blemish or wore mascara around someone that I like! After doing this challenge I realized that I said those those things with confidence without ever making myself do it! It’s easy to say that it doesn’t matter if I wear mascara or not while I’m wearing it, but then to make that statement unmasked is completely different. I CAN now say, with true confidence, that I’m beautiful with or without makeup!

Did you do The Naked Face Challenge? I would love to hear about your experiences as well! Feel free to leave any comments, questions, or links.