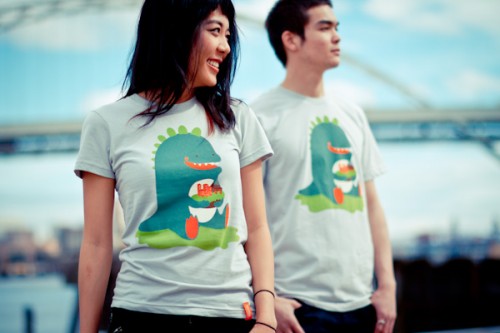 In 2010, Judy Tan found herself in what she described as a “melodramatic quarter-life crisis.” A successful designer for apparel brands such as Nike and Columbia Sportswear, Tan she felt unhappy and unfulfilled.

“As I compared my life and seemingly larger-than-life problems to those of people elsewhere in this world, I realized I actually had it pretty good,” Tan said. “There are millions of people who are homeless, starving, in need of clean drinking water and so much more.”

As she focused on global issues of poverty and sickness Tan said that she made a decision to be thankful for what she had been given in the present. In effort to begin creating change for those less fortunate, she started a design company helping to combat global issues of poverty and sickness. A play on the words “thank you” and a combination of Tan’s last name and middle initial, tanQ is a company that supports a different nonprofit each month by designing a t-shirt for their cause, and donating 100% of net profits to their organization.

“tanQ believes that kindness is contagious and that even the smallest acts of generosity, such as buying and wearing a tshirt, can help improve the life of someone else,” Tan said. “We give of our time and our talent in the knowledge that people want to help one another and encourage those around them to do likewise.”

Since its launch in September of 2010, tanQ has donated 100% of net profits to 12 different nonprofit organizations. Tan 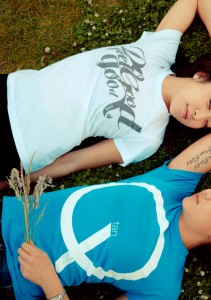 chooses causes that she is passionate about, as well as those she believes to be in the greatest need of help. The company often ties in with an annual fund-raising effort, such as the Candlelighters for Children with Cancer during National Cancer Awareness Month last October. Other times, they select a group based on immediate need. In April, tanQ donated to the American Red Cross to raise funds for tsunami relief for Japan.

Each month, Tan creates an original design for the cause her company is working with. In July, tanQ supported the Spoon Foundation, working to improve the nutrition of orphaned children around the world, and featured a tee with the phrase “spoon me” printed over an open mouthed monster.

“The purpose of each design is to tell a story or to reflect the mission of the non-profit group being featured,” Tan said. “I follow my heart with each tee’s design and ask myself questions: Does the design speak for the organization? Does the artwork represent the core message of the cause? Will this design resonate with those who want to support this cause?”

tanQ tees are available online, as well as at retail stores Little Things and Gallery Hellion in Portland, OR. The tees are also for sale at First Thursday in Portland’s Pearl District & Last Thursday on Northeast Alberta St.

By a TanQ t-shirt.