For over a decade Shea Terra Organics has been developing high quality healing products from indigenous African ingredients. “Our most important goal from the start has always been to support Africa through self-empowerment and environmental programs, and bring awareness about the continent’s diversity and beauty.” ~Shea Terra Organics’ founder, Tammie Umbel

Shea Terra has culminated a formula for sustainability and fair trade by recognizing the value of uncontaminated raw materials. This helps it make a difference in alleviating the increasing threats to Africa’s native inhabitants and indigenous wildlife.

While supporting sustainable growth through trade, they also purchase goods through NGOs teaching natives to support themselves while preserving their environment. With respect for native peoples’ autonomy and environment, they believe strongly that Africans have the right to determine their own destinies and to profit and control their own resources: “Shea Terra partners with individuals, and cooperatives while working closely with NGOs to ensure that native trades people, farmers and harvesters not only get ‘fair’ prices for their commodities, but that they receive prices that they themselves set.”

Here are more beautiful ways they help the natural world in Africa: 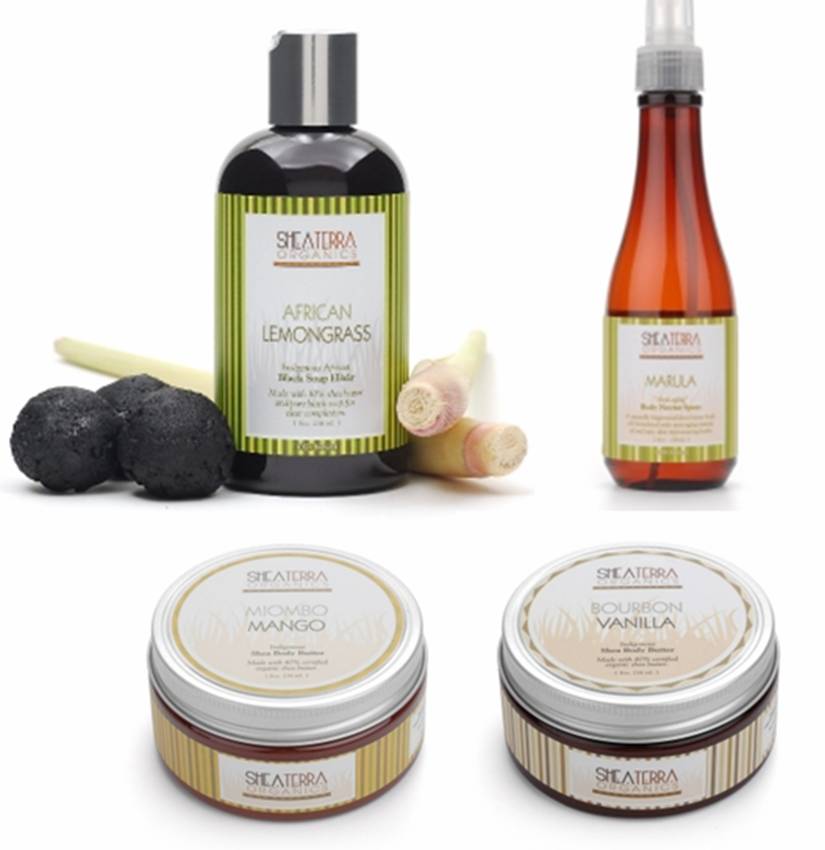 Pictured above, and going clockwise:

Read more about their miraculous healing ingredients from Africa.

All products featured above courtesy of Shea Terra Organics.

Lucy Chi loves good green design, ethical fashion, environmental art and education, renewables, holistic healing and more. She has been dedicating her energies toward finding and drawing attention to all the ways in which products, companies, and industries are moving toward creating a more sustainable world on the global scale, as well as the way individuals are moving toward living sustainably, and healing at the personal level.