Oil pulling is an ayurvedic practice credited with improving overall health and wellness. Here’s my initial experience with it and why I continue doing it every day! 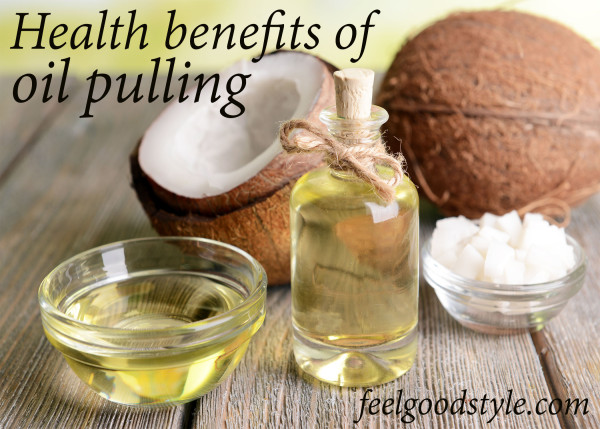 I’ll start off by saying that I started oil pulling about a year ago, and have been doing it ever since. There are a lot of alleged health benefits, but from what I’ve read, it varies person to person.

For those who may be unfamiliar, oil pulling is an ayurvedic technique where you basically just swish oil around in your mouth for 20 minutes. I’ve read a lot of articles that recommend sesame oil (and that’s what I normally use), but you could really use any sort of organic seed, nut, or vegetable-based oil.

Some people swear by coconut oil, and another common favorite is sunflower oil. I’ve also used olive oil in a pinch, but I wouldn’t recommend it because it tastes terrible and leaves your teeth yellow.

It’s recommended that you do it 20 minutes a day on an empty stomach, so I usually do it first thing in the morning while I’m getting ready.

The idea is that this practice draws the toxins out of your body through your gums. Sounds a little crazy (and maybe it is), but there’s a lot of evidence out there that, at the very least, it does a lot to improve oral health. In fact, that’s the only reason I kept doing it for so long!

I was curious about it after reading it could help improve acne, allergies, sinus issues, infections, and a bunch of other stuff, but I kept doing it because of how great it made my teeth and mouth feel.

One of the first things I noticed was that it made my teeth whiter. This was probably after a solid three weeks of using it, but it was so worth it. As someone with super sensitive gums, oil pulling was a great alternative to my usual whitening strips, mouthwash, and toothpaste regiment that I’m pretty sure stripped most of the enamel from my teeth (And you don’t get that stuff back! Once it’s gone, it’s gone!).

But like I said before, my gums used to be super sensitive, especially to really hot or cold beverages, but not anymore! Now, of course this could be because I haven’t been using harsh, abrasive chemicals to whiten my teeth since I started oil pulling, but either way it’s thanks to oil pulling that I don’t need use them now and my gums feel great!

After about a month of using it, I started noticing that my mouth just felt really clean. Sometimes later in the day, especially right after lunch time, I would always have to brush my teeth because they just felt gross. Since starting oil pulling, I hardly ever get that icky, plaque-covered feeling on my teeth at all! Don’t get me wrong, I still brush my teeth after every meal (kind of religiously), but it’s great for those days when I just don’t get a chance to brush right away after I eat.

What’s even better about this is that it’s a natural solution for whiter, cleaner teeth. Previously, I’d been using those really harsh strips and rinses to make my teeth whiter, and they made my gums sting, and even bleed! Oil pulling was the exact opposite! Now, it took two to three weeks (vice two hours) before it kicked in and I started to see some definitive results, but it was well worth the wait.

Some recommendations and things to note as you start oil pulling:

Overall, oil pulling has made my teeth noticeably whiter, smoother, and cleaner. I can’t speak to all of the claims that some ayurvedic practitioners have made about it (like allergy relief and healthier skin) because I never experienced those results. Either way, swishing oil around in your mouth for 20 minutes a day is definitely worth it for the oral health benefits alone!

[Image of coconut oil via Shutterstock]