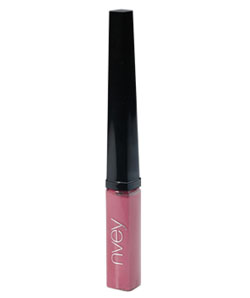 The issue of lead in lipsticks hit the headlines last year after the Campaign For Safe Cosmetics (CSC) published research claiming that many popular lipsticks contain unacceptably high levels of the poisonous metal. Responding to these concerns, Democratic politician Carole Migden introducted a bill requiring lipstick producers in California to prove that their products had been tested and only naturally occuring, unavoidable traces had been found.

The bill has been shot down by Attorney General, Edmund Brown, who concluded that concentrations would have to reach 5ppm (parts per million) to be considered dangerous, and the maximum traces found in the CSC testing were 0.65ppm. The bill that Senator Migden brought forward suggested the minimum allowable should be 0.002ppm (which is far below the traces found in all the lipsticks tested by CSC). So where does that leave us? Nowhere.

I can see why the Personal Care Products Council would decide that the bill puts forward an unattainable goal (given the natural occurrence of lead in nature), but outright refusal to reach some kind of compromise with CSC over what would be acceptable to both parties, leaves me wondering what’s their agenda? And while I’m at it, can’t they at least agree that manufacturers should have to declare the levels of lead on labelling and let us make up our own minds – if they can’t reach agreement. I don’t know about you but I don’t need someone to make my decisions for me, I just want to be 100% informed so I can decide for myself what’s safe and what’s not.

All the more reason to invest in natural & organic beauty products!! If you’re looking … here are two of the best places to buy them: USA: www.futurenatural.com / Canada: www.saffronrouge.com