I was introduced to a wonderful new film project that Mariel Hemingway is behind called Stop Monsanto. I’m excited about the film and hope you will be too. I had the opportunity to correspond with Ms. Hemingway about the film and the issues behind it (GMO/GE food). But first, let’s just do a little GMO 101 . . .

One of my very favorite writers, Nancy Dreyfus, did a guest post for TheGreenDivas.com, which is a thorough 101 on GMOs, called Waiter There’s a Fish in My Tomato. I HIGHLY recommend reading this well-researched and documented article. In the meantime, here’s her definition of GMO:

A genetically modified organism (GMO, also called “genetically engineered”) is a plant, animal or microorganism (eg, bacteria) that is created by means that overcome natural boundaries. Genetic engineering involves crossing species that could not cross in nature. 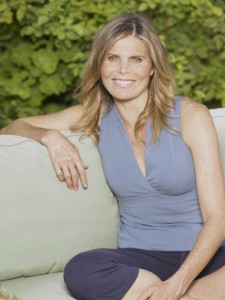 in all of this, I hate to be the one to rupture your bubble, but this is a big issue and we all need to get educated about it. I’m not a scientist, farmer or bioengineer, but I am a foodie. I love food and have been in love with sustainable agriculture concepts

and practices since the 80s. I’m also not a news journalist and don’t pretend to be one, so I’ll be clear about my opinion right up front – I prefer to NOT to eat GMO/GE foods, and I doubt anyone could convince me otherwise.

Find out more about #StopMonsanto from Mariel Hemingway in her Q & A with Green Diva Meg . . .