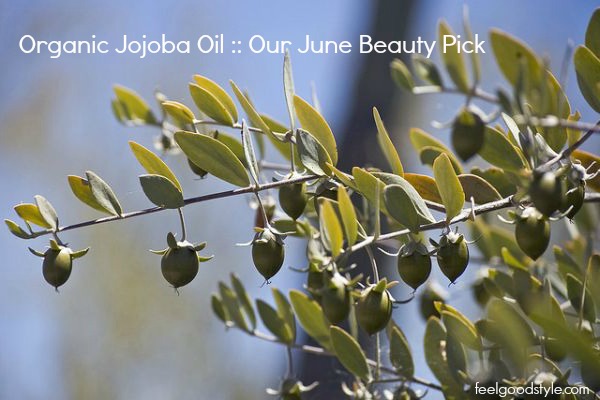 Ok, it may not be as much a product as an ingredient but jojoba oil is where it is at for moisturizing body this summer. Trust me, it works.

I am obsessive about moisturizing my bod post shower. It truly is the difference between rough, dry and bumpy or smooth, soft and silky. Between regular exfoliation and daily moisturization your skin should feel like a baby’s.

Oils are as great for body as they are for face. I’d just run out of the one I was using and applied a lotion instead. After being accused of smelling like an energy drink (too citrusy??) I grabbed the only other thing I had in the bathroom closet. And that happened to be a bottle of organic jojoba oil I’d purchased last winter to concoct my own facial oil.

Skin loves jojoba because it is closer to natural skin oils than any other oil. It is light, absorbs in easily, and lasts a long time. If you are going for scent, this isn’t going to help you out much. Jojoba oil doesn’t have much of an odor. Personally, I like this because then I can add another scent without conflict between the two.

What is your favorite body moisturizer for summer?

There is an affiliate link in this post.  We have to tell you that but know that we only recommend items we 100% believe in.