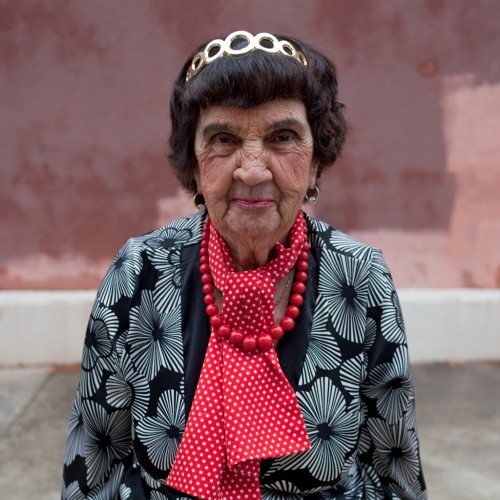 For GERALDINE, Siegel has documented the wild style of this singular, chameleonlike woman whose mix of bright colors, patterns, costume jewelry, headbands, fanciful wigs, and hats set off by a consistent, practical wardrobe of comfortable sneakers can often suggest both a little girl playing dress up or the ugly-chic of the Terry Richardson and Vice magazine crowd.

Who says that fashion photography has to feature scrawny teens and 20-something’s striking a pose? What makes Geraldine shine is her sense of style and her moxie, which really shines in these photos. You can check out more of Siegel’s series over at Burnaway or, if you’re in the Atlanta area, you can check out the show until October 29th at Barbara Archer Gallery at 280 Elizabeth St. #A012.