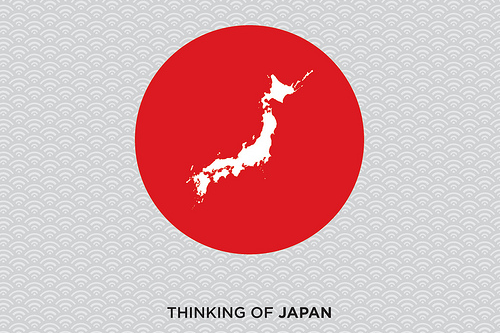 Have you heard?  The 8.9 Japan earthquake and subsequent tsunami which hit Japan’s shores on March 11 left over 4,000 people dead, and tens of thousands injured and homeless. The death toll is expected to rise. Charities are mobilizing an emergency response, but need donations to help those in need. And as any true eco-lovely knows, beauty shines through our compassion to the world around us. But hold on to your wallet…

Choosing the right charity to help Japan earthquake victims can be difficult! Some are outright scams, others torture animals and promote homophobic agendas. How can you help victims of hurricanes and earthquakes without causing more suffering?

No charity is perfect, but staying informed about a charity’s mission and track record makes your donations effective. After all, if you donate as much to homophobic religious charities as you do to gay rights groups, your donations cancel each other out. So resist the knee-jerk impulse to give at first sight— do not sacrifice your integrity and common sense just to save face.

Before you donate to a charity for Japan earthquake victims or anything else, ask these 3 questions:

1. Does your charity test on animals?

Donating to life-taking charities does not save lives— it destroys them. Some charities, such as March of Dimes and the American Red Cross, spend part of their stipend on animal experiments. Others, such as Doctors Without Borders, the Canadian Red Cross, and Save the Children, do not.

Although animal testing advocates dramatize this issue as “human vs. animal,” or “us vs. them,” these animals are rarely killed to save people. Many animals die in outdated tests which continue to be performed despite the existence of scientifically-recognized and FDA-endorsed alternatives . Thousands more perish annually in tests that have already been preformed, for data that already exists. In total, scientific and cosmetic laboratories kill and torture millions of cats, dogs, monkeys, apes, rats, mice, and other animals each year. These animals are trapped in the wild or purchased from zoos, pet shops, and breeding mills. Shockingly, some are lost pets who fell victim to pound seizure!

What can you do about it? E-mail the charity you are interested in to ask about their policy, and check out the Humane Seal listing for medical charities that do not test on animals.

National tragedies like the Japan earthquake bring out compassion, but also spawn opportunistic schemes. Do not fall for e-mail scams where “survivors” beg for monetary assistance. Even when an e-mail is sent by someone you know, verify that they are not an impersonator: ask for unique personal details only they would know, and question other friends or relatives if they have heard from this person or received similar requests from them. When all else fails, search the exact text or content of the message, and see if it was used for another scam. Most importantly, never open e-mail attachments from these e-mails, since they make contain viruses or contain phishing technology.

If you receive an in-person solicitation from someone claiming to represent a charity, ask them for a brochure, the charity’s phone number, an e-mail, and their website. Do not let scammers guilt you into making an on-the-spot donation. Take your time to research before you give.

For more information and tips to avoid charity scams, check out the Federal Trade Commission’s (FTC) website, and its helpful “Charity Scam” checklist.

3. Which other causes does your Japan earthquake charity support?

All charities claim to help the needy, but some have histories of using donations ineffectively— or to sponsor hate campaigns! Again, no charity is perfect, and some compromise in order to get donations— but know this before you donate.

The Salvation Army, for example, represents the organized religion it takes its name from and has a history of promoting conservative religious agendas to the extreme. Most recently, they destroyed piles of Twilight and Harry Potter toy donations rather than give them to needy children. And although this charity receives hundreds of millions of dollars in government funding and contracts, they tried to negotiate exclusive deals with the Bush administration to override local and state-wide anti-discrimination laws protecting gays. Salvation Army volunteers have also refused to help homeless gay men. This group’s mission statement defines marriage as between one man and one woman only, and demands that gays consider celibacy as a way of life.

To know where a charity stands before donating to help Japan earthquake victims, search their history online by searching reviews on Yelp and Charity Navigator. Charity Navigator has a special page dedicated exclusively to rating charities which provide aid for Japanese earthquake victims! Even a simple Wikipedia search can reveal public criticisms and concerns— but do not believe everything you read, since some complaints are placed on Wikipedia pages by notorious front groups.

Use these tips to help Japan earthquake survivors— and maximize your giving potential.