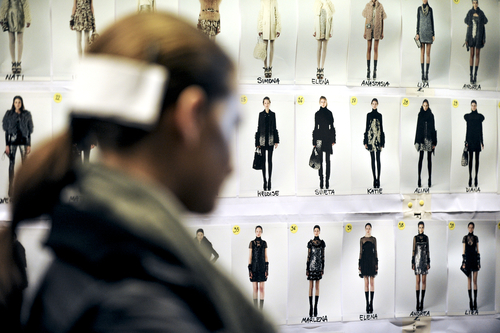 The so-called Israel Photoshop law – which took effect on January 1, 2015 – aims to protect women and girls from unhealthy ideals in fashion advertising.

If you’re a regular reader here, you know that we are not fans of unrealistic standards of beauty. Ads featuring unhealthily-thin or photoshopped models are bad for us and for our kids. Girls who are exposed to these images are more likely to struggle with body image and with eating disorders. The Israel Photoshop law is putting the smackdown on these images by establishing new rules for fashion advertising.

Basically, the law does two things:

1. Requires that fashion models have a Body Mass Index (BMI) of at least 18.5. That’s the minimum threshhold for a healthy body weight, according to experts.

2. Requires labeling on digitally-altered ads. If photo editors alter photos to make a model’s thighs thinner or hips narrower, they have to put a disclaimer on the image.

Related: What do models look like without Photoshop?, Mickey D’s Glamorizes Quarter Pounders With Photoshop

This kind of transparency could make a big difference for women and girls. Activist Rachel Adato told The Big Think, “A revolution has begun…this law shatters the anorexic ideal serving as an example for the country’s youth.”

Eating disorders are on the rise in Israel, and now Israeli girls are as likely to suffer from anorexia as girls in Western countries. Champions of the Israel Photoshop law blame the ever-shrinking models in Israeli advertising.

The downside to this law is that it only applies to locally-produced advertising. That means that ads from other countries that run in Israel can still feature unhealthy and photoshopped models. Sociologist Sigal Gooldin calls the law a “small step if girls are still consuming the same popular images and influenced by their surroundings.”

This isn’t the first time that the fashion industry has tried to shift away from super skinny models. In 2006 Madrid Fashion Week banned all models with a BMI of less than 18.

What do you think about the Israel Photoshop law? Does it have the potential to influence advertising in other countries? There are mixed reactions about the law. Do you think that it will help change the fashion industry, or does it miss the mark?