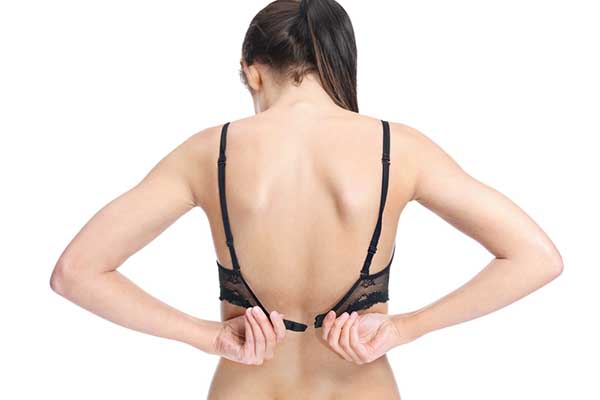 We grow up with the message that wearing no bra is not acceptable. Bras are our defense against gravity, after all, right? Maybe not!

A 15 year French study took a look at women who did and didn’t wear bras and what they found might surprise you. It turns out that if you don’t get your breasts used to wearing a bra, breast tissue might just tone itself to support your breasts and protect your back. According to Connexion:

…a principle observation was that the nipple would lift 7mm in a year towards the shoulder in those women not wearing a bra. The breast would also become firmer and stretch-marks faded. He suggested that girls who started wearing a bra once their breasts first started to appear would soon become dependent as the supporting muscle structure would degrade.

That last sentence is the tricky part though. If you’ve been sporting a bra for decades, ditching it now might not have the same results. Your breast tissue relies too much on that extra support.

For us gals that never really liked wearing bras, though, this is great news! And chances are, a lot of us sort of knew this already. Our bodies are pretty amazing, and women have lived for thousands of years without all of that elastic and underwire. Companies that make bras might want to tell us that we need support, and all of that marketing might be bad for women. Dr. Elizabeth Vaughan at Bra Free says:

Healthy breasts don’t need “support.” Noses don’t, either. Or ears. Or arms. If you put your left arm in a sling for six weeks, on the first morning of the seventh week, you’d need “support” for that arm, because it would have lost all muscle tone.

Dr. Vaughan also talks about suspecting a link between wearing bras and breast cancer, which you can read about more on her site. While the science on this is mixed, I think it’s definitely something to think about, especially if there is science showing that we might not need this extra piece of clothing anyway.

I have heard bustier women say that I just don’t understand – that when you’re sporting a D cup, you need a bra. One of the downsides to the French study is that it didn’t look at cup sizes. I will say, though, that when I was pregnant, my size C boobs got much, much bigger. I’m not sure what size they got to, though, because I still never felt like I needed a bra. Obviously, my experience might not be typical, but if you’re looking to go bra free, check out some of the ideas on the next page!