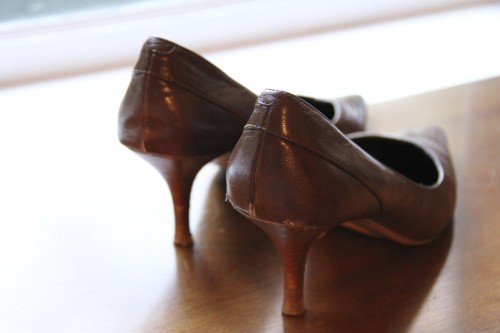 Bologna, Italy is host to Linea Pelle, one of the world’s largest leather industry fairs. But the city recently hosted very different kind of fashion event. In order to expose the leather industry’s connection to deforestation in the Amazon, Greenpeace staged a Bologna fashion show with Italian top models that educated attendees on the crisis in the Amazon, and featured a backdrop with the text “Salvati la pelle,” or “Save your skin/leather.”

The event closely followed Greenpeace‘s “Broken Promises” report revealing that Brazilian leather exporters have continued to trade leather from suppliers that raise animals on farms compromising on issues such as slave labor, deforestation and invasion of indigenous lands, despite signing a 2009 agreement committing to work exclusively with ranches choosing to be socially conscious about deforestation, slave labor and indigenous lands.

The Broken Promises report reveals that the Brazilian companies JBS-Friboi, Minerva and Marfrig, in particular, have continued to work with ranches violation the issues in Greenpeace’s agreement. In response, Greenpeace is asking the leather industry to put pressure on noncomplying suppliers.

A Greenpeace blog reporting on the organization’s Italian event stated that, “While the fashion industry doesn’t necessarily have the ability to preserve Brazil’s Forest Code, it uses a lot of Brazilian leather. So the delegates at the Bologna shoe fair have the power to make JBS and other companies to stick to the agreement they signed up to – doing so will remind everyone that the Amazon, and the Forest Code, are worth fighting for.”