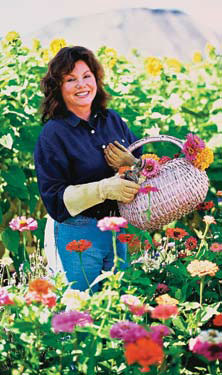 Marsha Mason’s publicist reached out to us last year and we rated an excellent sampling of some of the products made on her New Mexico herb farm, Resting in the River Organic Farm.

I wasn’t sure what to expect, but I was truly impressed with the quality of all the products we got to play with, which included:

I had the opportunity to meet with Ms. Mason in her Manhattan apartment last year, and was fascinated to learn about her ‘spiritual agriculture’ practices and how she got from being an award-winning actress to her farm in New Mexico.

Green Diva Meg Please talk to us about your spiritual agriculture concept. 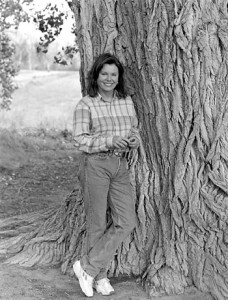 Marsha Mason I came across that phrase a few years ago because my approach to the farm in New Mexico was part of my living philosophy, which is that everything is interconnected. Through practicing biodynamic farming, organic farming, and a basic spiritual practice that means that everything is interconnected. It seemed to me that that was true with the soil, with the air, with the rain, with the plants themselves and then that should also reflect onto the management style of the farm.

So, I told everybody that no one could not bring any sort of negative vibrations onto the farm, because I felt that they would affect the growth, health, and the clarity of the vibrations for the farm and the plants themselves. If people have issues, we get that out of the way before they go and work the field. Everybody has to get along or they should go somewhere else. I wanted people to have a great deal of respect for the land. In some ways it’s like a walking meditation. Without getting too religious or proselytizing, I just basically try taking a small core group out on the farm. In the summer we have a slightly larger group of field hands, but I found in general that everybody tends to work really well together with that attitude.

GD Meg How did you find out about biodynamic farming?

MM I read Rudolph Steiner as part of some overall reading. I liked the idea of planting by the moon and the planets, so that was the sort of the beginning. It just seemed to be a very good marriage for us as a farm, rather than just the organic.

GD Meg When did you begin to get interested in herbs? And the lifestyle that is associated with herbal living?

MM Well I’d been interested in alternative medicines for a really long time, ever since I moved to California which was in the ‘70s. I have a Chinese doctor in Los Angeles, Dr. Mau and I was having an acupuncture session with him one day I and he said, “If you ever decide to grow anything, you really ought to think about medicinal herbs.”

That kind of stuck with me, and then I heard about a woman who was growing Chamomile in Arizona, so I thought, well, I could try Chamomile in New Mexico and one thing kind of led to another. I never really fully intended to be a farmer, per se, but I just kind of fell in love with it and it became a passion.

GD Meg Did you come up with any of the blends yourself for any of the products?

MM I came up with the Spilanthes herb and I started to grow it and the original formula was developed by Mitch Kovan at Vitality Works with the idea of using most of the herbs that we could grow – at least the Intens-Salve was the very first product. I asked him to add the Spilanthes and then we played around with the blends. But the Intens-Salve formula is the same basic formula that is in the Body Butter and the Body Wash.

MM Spilanthes is a small low-growing wild herb that was wildcrafted for many years in central and south America. The tribes used to call it the toothache herb. There’s very little monograph on it really – we don’t do that as much in the US as they do say in Germany. There isn’t a lot on it.

What I liked about it was that it was both digestible and topical and it’s an antiviral sort of antibacterial. The reason they called it the toothache herb was because they used to chew it and what would happen is if you were to take a small piece of Spilanthes, the inside of your mouth would suddenly feel like you had fur growing and it would make you would salivate. The idea was that it flushed out a lot of bacteria within the mouth. What I noticed was that if I applied it topically, that it tended to take care of the healing process as well as being able to draw out whatever was irritating.

The first thing I did was just make a small tincture of Spilanthes and I took it with me to London because I was doing a play there and I knew I was going to go into a completely foreign environment very different from New Mexico, and I’d be in a 400-year-old theatre in London. What I did was whenever I started to feel like my glands started to swell, or my throat started to go, or I was coming down with something, I would just take the Spilanthes. I mean it isn’t something I would recommend to everybody, but I took the Spilanthes myself and I never got sick!

GD Meg Jenifer, our resident Wise Woman was curious if you had any formal training with herbs.

MM No, other than just what has been self taught, a few classes and just reading.

GD Meg How did you end up in New Mexico?

MM I moved from California to New Mexico in 1993. So I’ve been there 15 years now. I just decided I really wanted to get out of LA. I wasn’t sure where I would go. I decided to symbolically throw up the pieces of my life in the air and see what pattern would come down. My first husband who was an artist came from New Mexico, so I did know it a little bit, and then my second husband and I had a second home in New Mexico for a short period of time before we divorced, so I had been there before. I wasn’t sure that I could live there because I didn’t think I could be land locked. But then I found this property that Shirley MacLaine put me onto . . . because she was looking for property in New Mexico. We’re in the same neighborhood. She lives on the mountain behind me. She told me about it so I took a look at it and that was it! And once I saw it I thought ‘oh, this is great’ because it was along a river, so it has a very kind of pastoral look to it. It’s quite beautiful.

GD Meg Any new projects on the horizon?

MM I may be doing a film here [NY], but otherwise I’m planning to expand the product line and also I’m going to look at some biodynamic farms in the New York, New Jersey area. Because there are certain herbs we can’t grow in New Mexico due to the completely different makeup of the soil and the weather, so I thought it would be interesting to take a look at some farms with the idea of possibly being able to co-mingle with another biodynamic farm in terms of the possibility of enlarging the line.