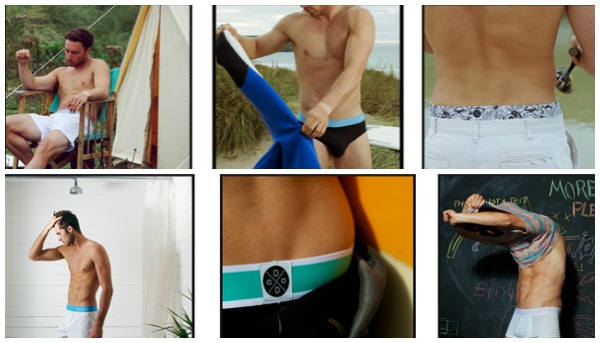 I have the hardest time coming up with gift ideas for guys, especially ones that are in line with my ideas about ethical fashion, and I just ran across a really great one!

Surely I’m not the only person that has trouble with gift ideas for guys, so when I ran across this awesome Kickstarter for an underwear delivery company, I knew I needed to share it! Underwear delivery might sound a little bit bizarre, but it’s also pretty darn cool. And I even found a guy who vouches for its coolness!

Jeff McIntire-Strasburg from our sister site Sustainablog hipped me to Dada Underwear’s Quarterly Underwear Club. The company is doing a Kickstarter right now, and donating is basically just pre-ordering your sweetie’s gift. Jeff got some of their underwear to review, and he was sold! Here’s what Jeff has to say about the idea:

My idea of the worst business concept ever: a “Victoria’s Secret” for men. Very simply, guys don’t want to shop for underwear, and will wait until every last pair they own is threadbare until they go out for new skivvies (or wait for the significant other to get fed up and makes the trip to the store). The concept of a new pair of underwear just showing up in the mail is pretty much ideal for most of us.

And about the underwear itself:

OK, sure, any company making apparel’s going to claim it’s comfortable, right? Dada sent me a free pair of their trunk style underwear for review, so I can back them up on this claim: they’re really comfortable. Without getting too detailed, I’ll say that I hardly noticed them, which is the ultimate sign of comfort.

Dada uses bamboo to make its underwear, which is kind of an ethical fabric grey area. I’ve talked about bamboo before over at Crafting a Green World. Basically, I place it higher than conventional cotton but lower than organic fabrics on the green fabric spectrum.

Where Dada really shines is in their production. They produce their underwear at a factory in Sri Lanka at an ISO9001-certified factory. They pay their workers a living wage, provide them meals and transportation at no cost, and the factory is part of the Garments Without Guilt program. Not to shabby, right?

All told, I’m inclined to support a company that chooses a decent fabric and does a good job in the worker’s rights department. For me, ethical clothing is as much about people as it is about materials. What about you?

You can support the Dada Underwear Kickstarter and pre-order their quarterly underwear club for the guy on your list right here.

Have you come across any cool gift ideas for guys? I’d love to hear your suggestions in the comments!