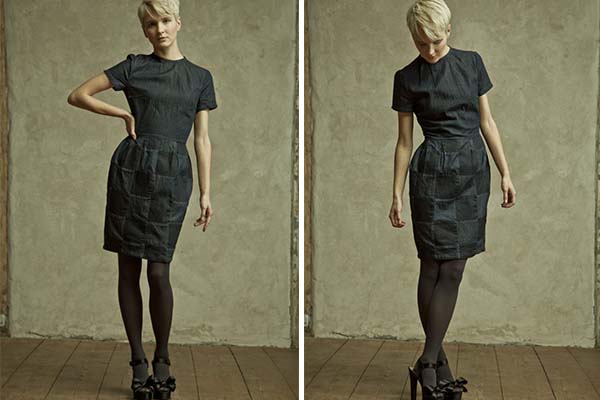 There is a crazy amount of waste associated with mass clothing production. If you’ve ever done a sewing project, you can probably understand how that happens, right? You cut out your pattern pieces, and you’re left with odd-shaped scraps. As a crafter you may horde those scraps to use in other projects, but if you’re a garment manufacturer, you don’t really have the storage or time to save the massive amount of scraps from stocking store shelves world-wide with your clothing.

Reet Aus is diverting that fabric from the landfill and conserving resources at the same time! Her upcycled clothing line uses 70% less water and 64% less energy per garment to make and creates at least 40% less production waste. Not too shabby! 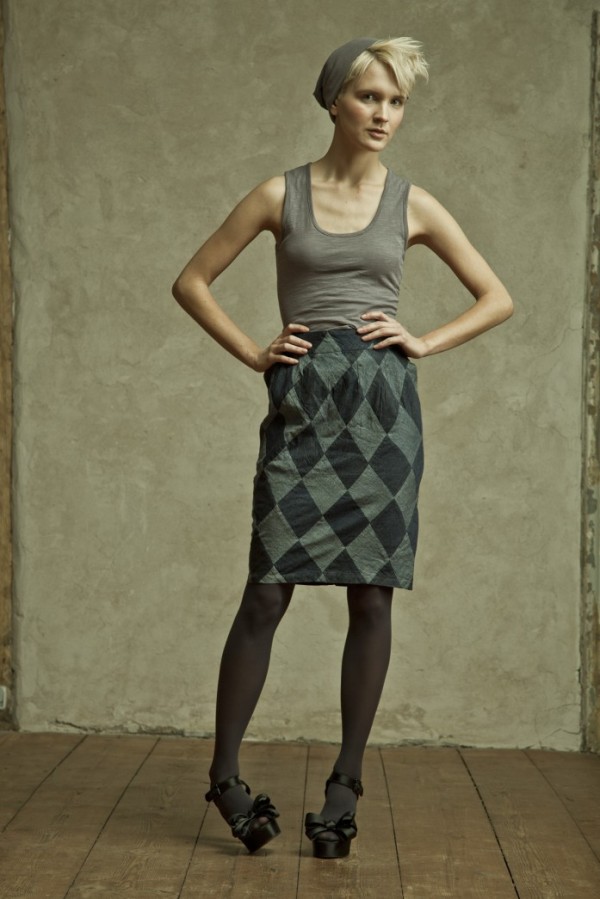 Upcycled clothing tends to be a one-of-a-kind situation, but by sourcing scraps from these huge manufacturers, Aus is able to mass-produce her designs while still using reclaimed materials. The great part about mass production is that it allows her to take advantage of economies of scale, and that means lower prices for consumers. So much eco clothing is priced out of reach, and while Aus isn’t going to be competing with H&M anytime soon, these heirloom clothing pieces are affordable if you let go of the idea of fast fashion.

Aus is currently looking for retailers to carry her line, but you can check out her collection and purchase pieces at Trash to Trend.