This is a guest post from our sponsors Coffechino. 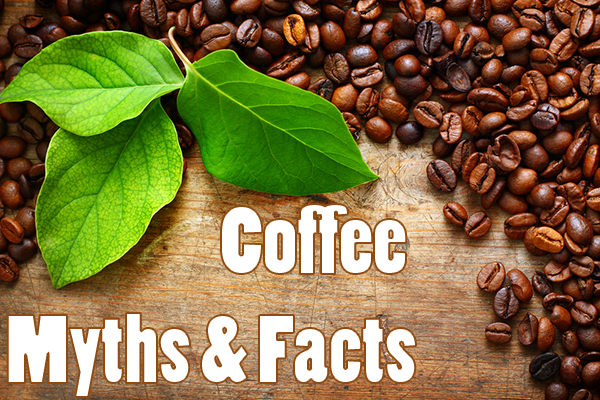 Each thirsty Brit consumes on average around 500g of coffee every year and spends a total of £730 million on the hot stuff, it’s time that we started to consider the truths and myths surrounding those cups of coffee.

Although we don’t quite know as much about coffee as we do tea, scientific consensus is closing in on the humble coffee bean as we learn more about what exactly coffee does to our bodies. With so many Coffechino bean to cup machines out there, it’s about time we learned just a few of the myths and facts about our favorite drink.

Research has shown that coffee contains certain antioxidants that may actually offer some cardiovascular protection, and it has been found that drinking coffee can actually lower the chance of developing diabetes; itself a contributor to heart disease. In fact some research shows that drinking coffee regularly can lower the risk of diabetes by up to 50%.

Myth: Coffee is the cause of some ulcers

Another rumor which has afflicted the good name of coffee in the past, is the that coffee can in fact cause ulcers of the mouth if drunk in large quantities. Much like the idea that coffee can stunt child growth; this too is found to be totally false. Recent studies have actually found that the majority of ulcers are caused by the bacteria known as Helicobacter pylori, which can be easily cured with an antibiotic.

Fact: Coffee can reduce the risk of depression in women

Interestingly enough, women who drink but a few more caffeinated cups of coffee have a lower risk of depression than women who don’t drink any, according to a Harvard Study. Those who drink two to three cups a day can actually have a 15 percent lower risk of the disorder, while those who drink up to four cups have a reduced risk of up to 20 percent.

Fact: Coffee may reduce the risk of Parkinson’s in men

Research suggests that coffee protects men against Parkinson’s disease, an affliction which affects the central nervous system. Athletes such as Muhammad Ali and Ray Kennedy are both suffers of the disease. Although scientists are currently unsure as to why it supports men and not women, one possible explanation is that estrogen and caffeine need the same enzymes in order to be metabolized.

Thanks to two studies conducted by the American Journal of Clinical Nutrition in the Netherlands and another, people are now under the impression that unfiltered coffee can harm a person’s health. The first study linked it to heart disease and the second noted an increase of cholesterol. However, neither study monitors long term effects and the second study was conducted without the use of a control group. Indeed, more studies are needed for this subject to ascertain a viable conclusion!