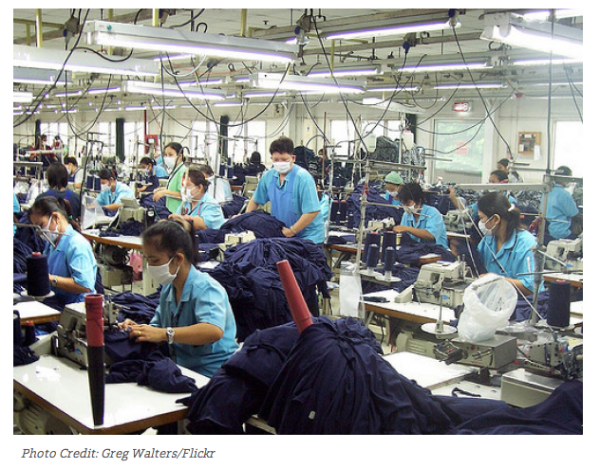 As part of Blog Action Day Fashion Mob founder, Esther Freeman, explains why it’s dangerous to  point the finger of blame at consumers for human rights abuses by the fashion industry.

Since the collapse of the Rama Plaza building in Bangladesh, the media has been full of discussions and head scratching about fashion. One comment that keeps coming up is the responsibility of consumers around fast fashion.

Quite frankly this is nonsense. Furthermore it is dangerous to suggest so.

All too often fast fashion chains whine about how hard it is for them to improve human rights, and how they’d change but consumers don’t want it. It’s become their get out clause. And by saying consumers have some kind of responsibility, we reinforce that myth.

It also overlooks that slavery, poverty and disaster happen at the higher end of the fashion too. There have been several campaigns against Adidas and their refusal to compensate workers and pay a living wage. And designer brands like Dolce & Gabbana have been in the firing line too.

In an interview for the film Apparel Truth, a trade union leader in Bangladesh is very clear where the responsibility lies. He said:

So let’s point the finger where it should be pointed – at the global brands who create human rights abuses as fast as they create fashion.

That’s not to say consumers have no role to play in creating change.

People power is incredibly important. That’s why we launched The 1% Campaign. The campaign calls on the fashion industry to invest 1% of their profits in solving issues in their supply chain, especially around human rights. We need more time and investment in activities like better auditing, health and safety training and improved working with NGOs and trade unions at local level.

Consumers are in a powerful position to demand this. And if we all work together we can help bring about a solution.

>> Sign the 1% Campaign petition and demand that multinationals take responsibility for what happens in their name.