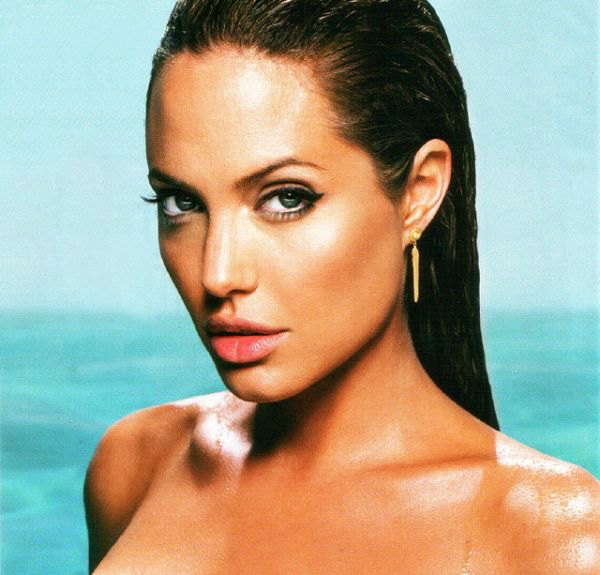 “I feel empowered that I made a strong choice that in no way diminishes my femininity.”
~Angelina Jolie

Angelina Jolie doesn’t just play a badass in the movies…

Yes, she is mother to 6 children.  Sure, she is a hardworking humanitarian and United Nations Goodwill Ambassador.  So, she can also keep somebody like Brad Pitt satisfied.

But this latest move took some serious courage.

Between the months of February and April of this year the actress underwent a double mastectomy in order to reduce her chances of contracting breast cancer.  The disease took her mother’s life at the young age of 56.

Some women, especially those whose mother has contracted breast cancer at a younger age, may be carriers of a mutated BRCA1 and BRCA2 gene.  This faulty gene is linked to hereditary cancers and can significantly increase the likelihood of developing certain cancers, like breast and ovarian.

A mastectomy is no small deal for those who have breast cancer and have few options.  But to voluntarily remove your breasts in the name of staying healthy would be a difficult decision, to say the least.

Why such an extreme measure?  The actress says she underwent the major surgery and reconstruction so that she could be around for her children and to empower other women to get checked for the gene.

“I wanted to write this to tell other women that the decision to have a mastectomy was not easy,” she writes. “But it is one I am very happy that I made. My chances of developing breast cancer have dropped from 87 percent to under 5 percent. I can tell my children that they don’t need to fear they will lose me to breast cancer.”

My own Mom had breast cancer 7 years ago, and last year underwent treatment for lung cancer.  I get regular mammograms and have had several “extra” procedures, due in part to our family history.  I did consider at one point doing the BRCA gene testing, but figured with all of the mammograms I get (many years I receive two) cancer would be caught early if I were to get it.  I am now considering doing the testing.  Lowering your risk by 82%, in Jolie’s case, is huge.

In her op-ed for the New York Times, Jolie goes on to cite the high incidence of breast cancer fatalities each year, especially in lower and middle income countries.  She’d like to see women everywhere have the ability to receive testing and preventive treatment if they choose.  But with BRCA testing costing around $3000 in the US, this is not feasible for many women.

Would you do the BRCA testing?  If your risk of developing breast cancer was great would you undergo a preventive mastectomy?

Angelina may be a beautiful and glamorous actress, but her actions are total badass.  Helping children around the world, opening her home and heart to many, writing a non-fluff movie, and now becoming a role model for those considering preventive surgery.

This is the kind of Hollywood role model we women need.