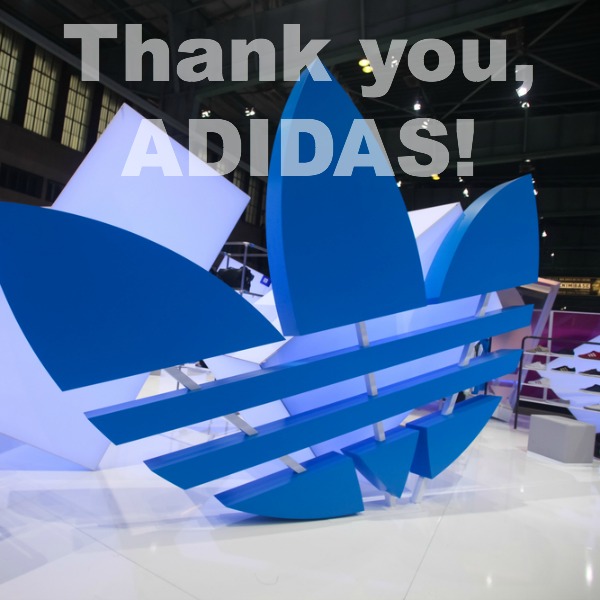 Adidas committed to removing hazardous chemicals from its products back in 2011. Last week the company began making good on its promise of an Adidas detox.

Unfortunately, it’s a lot easier for companies to say that they’re going to make sustainable changes than it is to implement them. A company can say it’s going to do anything. Getting brands to actually make changes is a whole other story, and the Adidas detox is moving forward thanks to pressure from Greenpeace and consumers.

A couple of weeks ago, the Greenpeace Detox Fashion campaign released an updated report on toxic fashion, and they called out Adidas for making empty promises. They launched a Twitter push, asking Adidas to go #allin and #detox its products. Using hashtags and tagging @adidas, Greenpeace made it easy for customers to tell the company that we wanted to see progress on an Adidas detox. And it worked!

On June 11, Adidas laid out specifically how it’s going to get hazardous chemicals out of its clothing. Adidas says its products will be 99 percent free of polyflourinated chemicals (PFCs) and 100 percent PFC-free by 2020.

This is a win for consumers for sure. PFCs are harmful to human health, and they can build up in our bodies. That means even small amounts of PFC exposure is a problem. When you’re exposed to PFCs here and there throughout your day, that adds up to no good.

If you have a moment, take the time to thank Adidas for making a positive change! You can send them a tweet or email them through their website. It’s as important to reward companies that make healthier choices as it is to ask for change when they get it wrong.