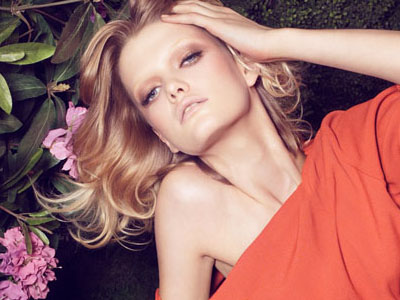 LONDON (Reuters Life!) – The average British woman “hosts” 515 chemicals on her body every day, according to a new study. In a poll of 2,016 women by deodorant-maker Bionsen, the study concluded most of the pollutants are self-inflicted by women who sprayed on deodorant, slapped on body moisturizer and applied lipstick each morning. Today’s average British woman uses body and facial moisturizers, perfumes, deodorants and various other make-up products which leave them unknowingly carrying hundreds of chemicals on their bodies throughout the day. Moisturizer alone can contain over 30 different chemicals and perfume up to 400.

More than a third of the women who took part in the study were unaware of the key ingredients in their toiletries, with only nine percent aware of most of the ingredients in the cosmetics they put on each day. Shockingly, more than 70 percent of the women polled said they were not concerned about the number of chemicals they put on their skin, and only one in 10 opted for chemical-free toiletries when shopping. “Lots of the high-tech, new generation cosmetics and beauty ‘wonder’ treatments naturally contain more chemicals to be able to achieve even better results, which, of course, means that women now carry more chemicals than ever before.” Eight out of the 12 areas on the body where women use cosmetic products containing chemicals are on the face or head and include moisturizers, foundation, blush, eye make-up, hair spray and perfume.

OBV: What this highlights is that while we are an increasingly savant and savvy group of consumers, now more than ever we need to pump up the volume on making ourselves aware that there is currently no industry regulation on what chemicals can be used in our beauty products, so it’s up to each and every one of us to get informed and make safe choices. It’s been iterated over and over and for years that a large amount of what we apply to our skin, is actually absorbed into skin. So do yourself (and your health) a favor and make the effort to seek out the truly organic & natural beauty companies, or use online stores such as Futurenatural (US), Saffron Rouge (Canada) or LoveLula (UK) who’ve taken the hard work out of it for you.