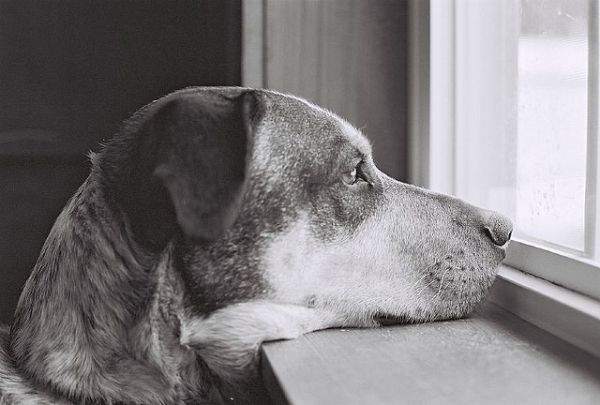 When you adopt a homeless dog from an animal shelter, you obviously save a life—and get a devoted pal in the bargain. But did you know that saving a dog’s life just might save your life, too? In honor of “Adopt a Shelter Dog” Month, here are five ways that “man’s best friend” can also be your best life-insurance policy:

1.      Your dog can help take a bite out of crime. According to Reader’s Digest, criminals don’t like dogs—and for good reason. Not only do dogs bark if someone tries to break into your house, they also pose the threat of bodily injury. Just hours after a couple took him home from a shelter in Ohio, a dog aptly named Hercules chased off a burglar who had apparently cut the phone and cable lines to the house and entered through the basement.

2.      You’ll get more exercise—at least, you will if you’re a responsible dog guardian and take your dog for several walks a day. According to a study in the Journal of Physical Activity and Health, dog guardians are 34 percent more likely than people without dogs to get the exercise that they need. And more exercise, combined with a healthy diet, can slash your risk of killers such as heart disease, diabetes, and strokes.

4.      You’ll live longer. In addition to the benefits gained from walking your dog, studies show that simply having an animal in the house can lower your blood pressure and cholesterol and help relieve stress. Stress reduction helps prevent the release of harmful chemicals into the bloodstream that can lead to inflammation and plaque buildup in the arteries. Studies indicate that heart-attack patients who have companion animals survive longer than those without them.

5.      Your dog might physically save your life. There are countless stories of rescued dogs who repay the favor of being given a home by saving their rescuers’ lives, including the remarkable story of adventure runner Danelle Ballengee, whose shelter dog, Taz, led rescuers to her after she slid 80 feet down a steep rock face in a remote area, breaking her pelvis. More recently, a mixed breed named Killian alerted his guardians to an abusive babysitter by behaving in an agitated and aggressive manner toward her. A hidden microphone revealed that the babysitter was striking the couple’s infant son. The sitter subsequently confessed, was charged, and was placed on a child-abuse registry, protecting not only the child who had been abused but others as well.

So if you are looking for a four-legged friend to share great times with, head on down to the animal shelter. You might end up saving your own life in the process.

[Image by gryhrt at Flickr.com, cc]

People for the Ethical Treatment of Animals (PETA), with more than 3 million members and supporters, is the largest animal rights organization in the world. PETA focuses its attention on the four areas in which the largest numbers of animals suffer the most intensely for the longest periods of time: on factory farms, in laboratories, in the clothing trade, and in the entertainment industry.