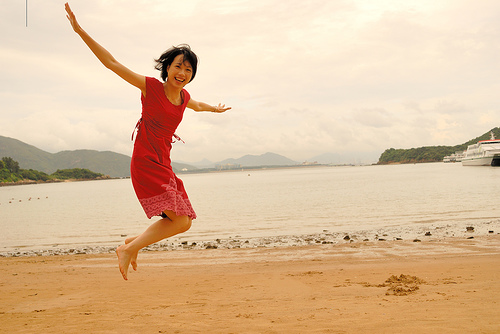 Do you wish you could change the way you look? Well, you’re not alone. According to the California Department of Public Health, a recent study reported that 43% of men and 56% of women disliked their appearance. We could spend all day talking about why, but what will really help us is figuring out how to fix these negative attitudes?

We’re going to focus a little more on women in this article, since the numbers show ladies are harder on their looks than men. But don’t worry, all our tips apply to guys, too. Read on for 10 tips on learning to love your body!

In a study designed by psychologist Ann Kearney-Cooke and carried out by Glamour magazine, young women across the U.S. were asked to note each negative thought about their bodies they had over the course of a day. The results showed 97% had at least one negative thought about their bodies. Many women admitted telling themselves they hated their body parts, thinking they were fat, calling themselves sexually undesirable, feeling disgusting, and more!

Girls, let’s try this experiment ourselves. Tomorrow, I dare you to carry around a small notepad and write down every mean thing you say to yourself about your body. You might be surprised at just how often you tear yourself down.

Then, I double dare you to replace every bad thought that goes through your head with a positive one. For example, if you find yourself thinking “I can’t stand my ugly arms,” replace that thought with, “my arms allow me to hug my family and friends, and I’m thankful for them.” Yeah, it may seem corny, but it’s the first step to making a habit of thinking positively.

2. Say nice things to yourself

It helps to replace mean thoughts with nice ones, but you should also go out of your way to complement yourself. The next time you pass by a mirror, think to yourself, “I’m beautiful.” Focus on what you like about your appearance—you know there are at least a few things!

3. Say nice things to others, too.

Saying something mean about the way another person looks won’t make you feel better about yourself. Again, that’s because negative thoughts tend to lead to more negative thoughts. Really, criticizing another girl’s body isn’t that different from criticizing your own. It’s still putting an unfair emphasis on how someone looks, right?

Instead, complement the people in your life. It will not only make them feel better, but keep you thinking positively about how everyday women and men look.